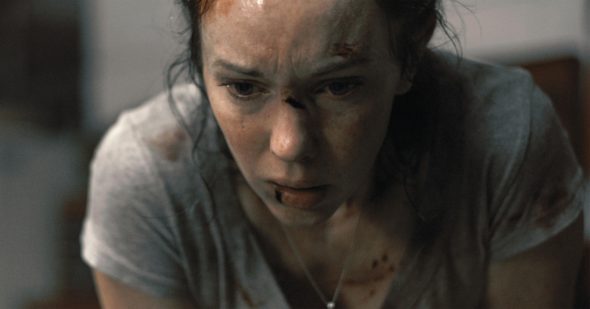 Blood on Her Name

While co-writer/director Matthew Pope doesn’t reinvent the wheel with his Rust Belt noir Blood on Her Name, it is actually the refreshing simplicity of the storytelling that compels you to pay attention. That and Bethany Anne Lind’s performance.

As Tiller, Lind weaves a dotted line between upstanding and sketchy. Her compass doesn’t always point due North, or maybe it does, or at least maybe it could. Right? It could. It’s this struggle, most of it internal, that Lind characterizes with subtle anguish to give the film an aching, remorseful tenderness, a longing for what should be but what is always just out of reach.

Pope populates his low rent neighborhoods with an intriguing mix of characters, none of whom are rendered with broad strokes. Dani Wilson is especially strong as a fading white trash hottie, while Will Patton finds dimension as an old man who believes he deserves a second chance but probably does not.

Blood on Her Name is a film that should feel bleak but it rebels against its own grim fate. This is a film that knows Leigh Tiller deserved better choices, stronger options. It’s a film that doesn’t want to give up on small town, low rent, hard work. But it’s also a film that’s bracingly clear-eyed about the reality that balances that optimism.

The result is a memorably quiet eulogy.