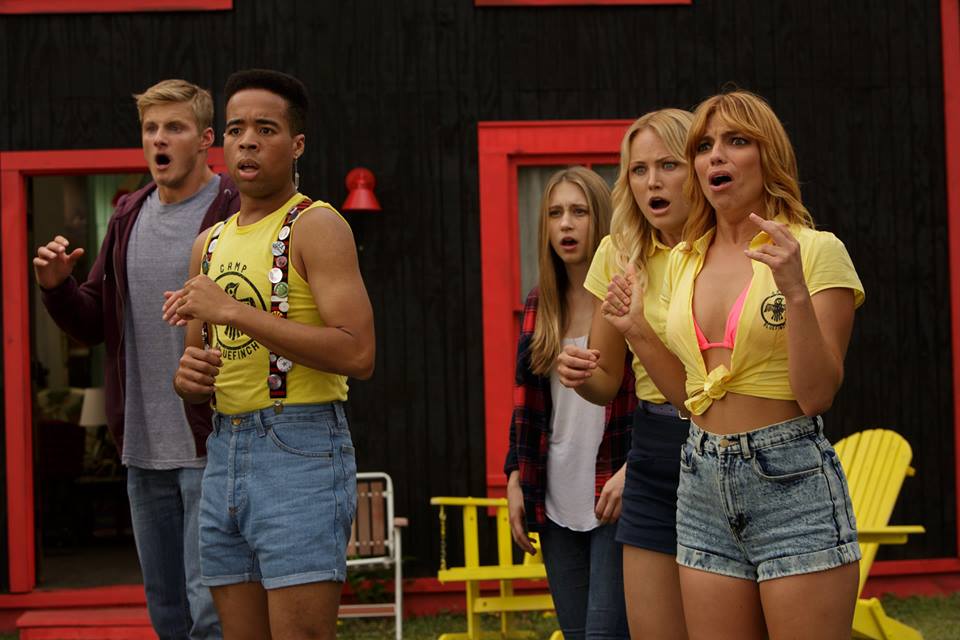 Part of the satisfying lull of a slasher film is its predictability: idiotic characters behave lasciviously and are repaid for their indignities with the hard justice of a machete. They are scary movies for people who don’t really want to be scared, they’d rather enjoy the idiocy.

People like, I think we can assume, co-writers M. A. Fortin and Joshua John Miller, whose The Final Girls celebrates the genre and its fans with a meta-flick brimming with genre affection and upbeat carnage.

Max (Taissa Farmiga) never really got over the loss of her mother, scream queen Amanda Cartwright (Malin Akerman). She and her friends find themselves pulled into Mom’s most famous film – the ‘80s slasher Camp Bloodbath – and need to use their knowledge of slasher conventions to survive.

The film is far more a comedy than a horror flick – the casting of Adam DeVine (Workaholics) alone clarifies that. But don’t expect a spoof or cynical parody. There’s real love for the ironic pleasures of the genre that keeps the film lighthearted and fresh.

Director Todd Strauss-Schulson deconstructs the overly familiar genre, replacing its mean spirit with broad strokes of goofiness. He and his cast see these characters as something one-dimensional, but still worthwhile – rather than presenting them as simply the ingredients for Camp Counselor Slurry.

Supporting work from DeVine, Tom Middleditch, Angela Trimbur, and Alia Shawkat freshens up the predictability with sharp, spontaneous comedy that elevates the film above its clever gimmick.

The film shoehorns in some emotion as well, but it’s at its best when reveling in the familiar. Farmiga is saddled with the least playful, mostly humorless role, but her dour presence is offset by the fun lunacy around her.

There are flat spots, and the film is never the laugh riot of other recent horror comedies (Deathgasm, for instance), but it is a spot-on send up that entertains throughout.