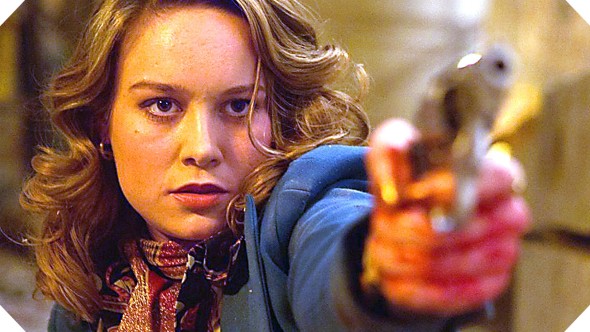 The first notes I took, about ten minutes into the screening for Ben Wheatley’s latest Free Fire, read like so: This is a ballsy first act.

You gather that two Irishmen (Cillian Murphy, Michael Smiley) wait in a warehouse parking lot with their liaison (Brie Larson) to a gun runner. They’re always waiting for their own henchmen, as well as the gunrunner’s liaison (Armie Hammer).

I love Ben Wheatley. In 2011, he and Jump brought forth the utterly brilliant horror show Kill List, and I have waited breathlessly for every collaboration since. Free Fire included.

Imagine if the entire 93 minutes of Reservoir Dogs took place in that last act shootout among the pack.

The noteworthy fact about Free Fire is not that it has a ballsy first act, but that the entire film is a third act. With scarcely a word of context, we’re rolled into an empty warehouse just in time for a shootout to begin, and there we will stay until the film concludes.

It’s pretty brilliant, really. Character development happens under fire. Hammer’s “Ord” (yep, that’s his name) brings a lot of laid back comedy. Brie Larson is characteristically spot on, as is the always welcome Cillian Murphy. The two infuse characters and the proceedings with some authentic humanity.

Also working the comedy angle is Sharlto Copley – always reliable for some scenery-chewing, here working those mandibles as a South African imbecile/arms dealer once misdiagnosed as a child genius.

Jump and Wheatley rob the gang meeting of any of the slick romance or brutal gravitas usually bestowed on such events by cinema. There is a barely controlled, very funny, incredibly bloody chaos afoot here, and it is a wild and entertaining sight to behold.