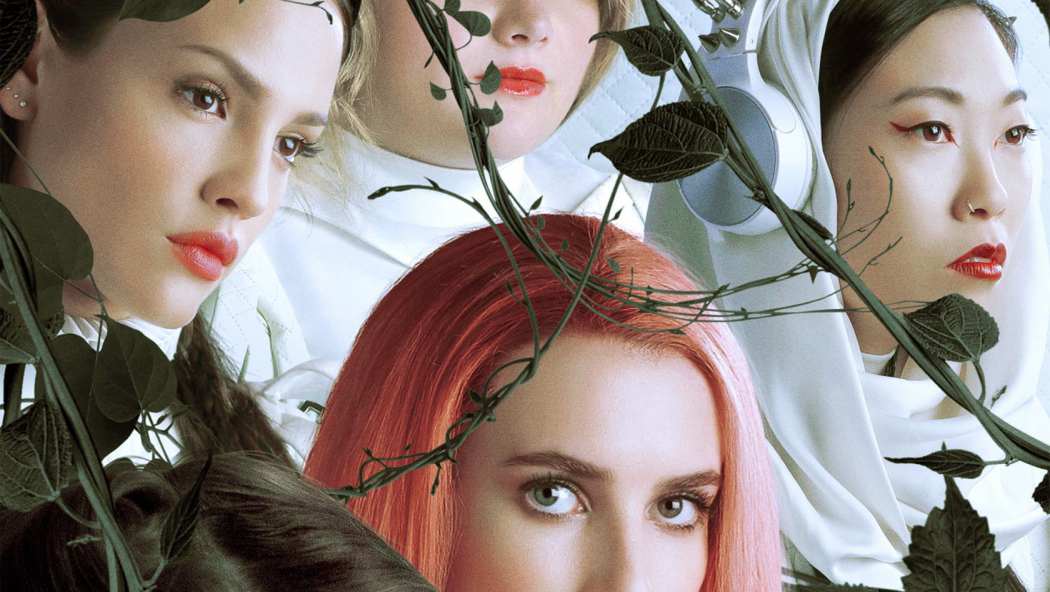 We open on an extravagant wedding scene that could be mistaken for the 1920s were it not for the quick cut to a hover car. Welcome to the future!

A whimsical sequence features Uma (Emma Roberts, “American Horror Story,” “Scream Queens”) singing a promise of fealty to her new husband. This is the first of Paradise Hill’s three small singing performances, all of which you’ll wish had been either cut or dubbed.

The newly wed groom coos to his wife, “It’s as if that girl never existed.”

Wow, that sure sounds like a hint. We soon meet the girl he means in a time jump to “Two Months Earlier.” At this point I have decided not to hold the hover car against Paradise Hills, but there is only so much you can forgive in 95 minutes.

Uma (Roberts) awakens in a behavioral facility for young women, where girls are sent by their families to be convinced to be thinner, more socially acceptable, or well mannered. The mysterious circumstances of her arrival and the elaborate setting point to something much more nefarious under the surface.

Director Alice Waddington, in her feature debut, is best known as a fashion creative and photographer and it shows. The film itself has a dreamy aesthetic that interweaves holograms and LEDs with manicured gardens and all-white corseted ensembles.

The complexity of this film ends with its costumes and set. The line delivery is awkward and stilted despite a promising cast. The setting and dialog allude to a kind of Oscar Wilde repartee, where members of proper society throw witty jabs while holding tiny tea cups. But the script is tragically lacking and the stage is set only for the weak writing to fall flat.

More than an hour is spent navigating a dreamy, floral landscape before anything interesting really surfaces. Writing team Brian DeLeeuw, Nacho Vigalondo, and Waddington can’t decide which threads to pull. There’s another love interest, the tragic death of a family member, the crushing pressures of fame, and the strength and importance of female friendships all to be explored.

Paradise Hills could have been an interesting delve into the ways that the solidarity of sisterhood allow us to rise above our circumstances and pasts. Instead it’s a weak nod to an old idea: “You don’t need to change to be accepted.”

Your teen daughter might enjoy this movie, but you should challenge her with something better.