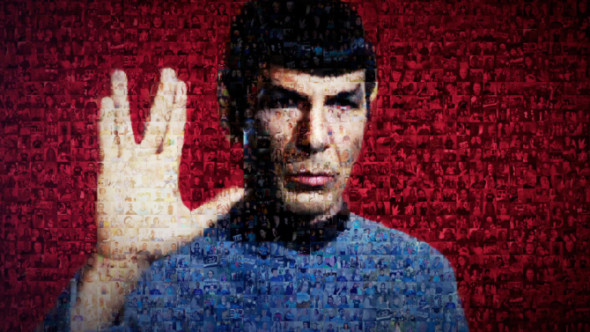 Every year, the lineup of documentaries programmed by Gateway Film Center President Chris Hamel for Columbus Documentary Week (Sept. 1 to 8 this year) manages to include most – or all – of the Oscar-nominated documentaries months before they’re picked by the Academy.

How does he do it?

“It’s something I genuinely love, and sincerely want my neighbors to experience,” Hamel said. “I think a great documentary can change the course of your life. When you feel that passionately about something, I think it shows up in the work you do.”

The results of Hamel’s picks in the last 10 documentary weeks have demonstrated an uncanny eye for the films that will later be named the best docs in the world. Last year, Hamel choose every documentary eventually nominated for an Oscar, and played eventual winner Amy, about singer-songwriter Amy Winehouse, for a several-week run.

“It’s a major arts moment for Columbus,” said Jami Goldstein, VP Marketing, Communications and Events for the Greater Columbus Arts Council. “There is no other place in the world besides Columbus Documentary Week, not even Cannes, where you can see these films together in the same week. It’s really a tremendous gift to the city.”

This year’s program includes 22 documentaries from around the world.

Opening the event Sept. 1st is Tower, a unique exploration, using a combination of live action and animation, of the U.S.’s first mass shooting, the 1966 University of Texas clock tower sniper. Tower will be followed by a panel discussion on gun violence in America, including a Columbus Police officer and community members.

The closing night film on Thursday, Sept. 8 – on the 50th anniversary of Star Trek’s television premiere – is For the Love of Spock, a documentary by Leonard Nimoy’s son Adam about his father and the Spock character Leonard transformed into a worldwide icon.

Also scheduled is Just Desserts, a behind-the-scenes documentary on the making of horror anthology Creepshow, followed by a screening of Creepshow.

Screenings will include discussions, director introductions, question and answer sessions and pairings with themed food and drink specials.

“There’s nothing like it in the country,” said Hamel. “I am proud we’re bringing Columbus this experience, and I can’t wait to see people take in these films.”

9/2, 11 a.m.  9/3, 9 a.m. 9/5, 7 p.m. THE OTHER SIDE (2015) In an invisible territory at the margins of society, abandoned veterans, lost adolescents and drug addicts trying to escape addiction through love. Renowned documentarian Roberto Minervini opens a window into this hidden pocket of humanity in today’s America.

9/2, 1 p.m . 9/4, 9 p.m. 9/7, 9 a.m. A SPACE PROGRAM (2015) Internationally acclaimed artist Tom Sachs takes us on an intricately handmade journey to the Mars, providing audiences with an intimate, first-person look into his studio and methods. The film is both a piece of art in its own right and a recording of Sachs’ historic piece, Space Program 2.0: MARS, which opened at New York’s Park Avenue Armory in 2012.

9/2, 3 p.m.  9/7 7 p.m. RICHARD LINKLATER: DREAM IS DESTINY A rare and unusual look at a fiercely independent style of filmmaking that arose from Austin, Texas in the ’80s and how Richard Linklater’s films — Slacker, Dazed and Confused, Waking Life and Boyhood — sparked a low-budget, in-your-own-backyard movement in this country and around the world.

9/2, 7 p.m. 9/5, 1 p.m. 9/8, 11 a.m. ANTS ON A SHRIMP Charismatic Copenhagen-based chef René Redzepi, whose NOMA has been hailed as one of the world’s best restaurants, embarks on the thrilling, unprecedented challenge of relocating the restaurant and its entire staff from Denmark to Tokyo.

9/2, 9 p.m. 9/5, 5 p.m. 9/8, 9 a.m. BREAKING A MONSTER (2015) Follow along in the break-out year of Unlocking the Truth, a band composed of 13-year-old members Alec Atkins, Malcolm Brickhouse, and Jarad Dawkins, from playing weekends in Times Square to their first encounters with stardom and the music industry.

9/3, 11 a.m. 9/6, 9 p.m. DYING TO KNOW: RAM DASS & TIMOTHY LEARY (2014) A revealing, intimate portrait of Harvard psychology professors Timothy Leary and Richard Alpert, who in the ’60s began probing the edges of consciousness through their experiments with psychedelics. With interviews spanning 50 years, the film explores questions about life, drugs and the biggest mystery of all: death.

9/3, 1 p.m. 9/7, 3 p.m. AN ART THAT NATURE MAKES: THE WORK OF ROSAMOND PURCELL (2015) Finding beauty in sometimes disturbing visual studies of the natural world – from a mastodon tooth to a hydrocephalic skull – photographer Rosamond Purcell has developed a body of work that has garnered international acclaim, fruitful collaborations with writers such as Stephen Jay Gould and admirers like Errol Morris.

9/3, 3 p.m. 9/5 3 p.m. 9/7, 1 p.m. UNDER THE SUN “[A] revealing act of subversion that is arresting however you take it.” (Variety) Russian filmmaker Mansky smuggled footage from North Korea to create this documentary, which reveals for the first time at this depth the reality of day-to-day life in Pyongyang, North Korea.

9/3, 5 p.m. 9/6, 1 p.m. THE SEVENTH FIRE From executive producers Terrence Malick and Natalie Portman. When American Indian gang leader Rob Brown is sentenced to prison for a fifth time, he must confront his role in bringing violent drug culture into his beloved community — even as his young protégé dreams of becoming the most powerful and feared Native gangster on the reservation.

9/3, 7 p.m. 9/6, 3 p.m. 9/8, 1 p.m. KAMPAI! FOR THE LOVE OF SAKE (2015) A British sake brewer, an American journalist, and a young president of a century-old sake brewery in Japan join together to explore the fascinating origin and mysterious world of sake, or Japanese rice wine.

9 p.m., Double Feature JUST DESSERTS: THE MAKING OF CREEPSHOW (2007) followed by CREEPSHOW (1982) The ultimate behind-the-scenes look, warts and all, at the production of a horror anthology icon: Stephen King and George Romero’s 1982 classic, Creepshow. Followed immediately by the feature itself, Creepshow — five terrifying tales based on E.C. horror comics.

9/4, 11 a.m. 9/7, 9 p.m. WALL WRITERS Narrated by John Waters, Wall Writers provides unprecedented access to TAKI183, CORNBREAD, and other legendary graffiti artists, as well as footage and photos from the late 1960s and early 1970s where their art from was born.

9/4, 1 p.m. 9/6, 9 a.m. 9/8, 5 p.m. GERMANS AND JEWS Through personal stories, Germans and Jews explores the Germany’s profound transformation from silence about the Holocaust to facing it head on — and, unexpectedly, a nuanced story of reconciliation emerges.

9/4, 3 p.m. 9/5, 9 a.m. 9/7, 11 a.m. HOOLIGAN SPARROW A harrowing, inside acount of Chinese state surveillance. Harassment. Imprisonment. Human rights activist Ye Haiyan, AKA Sparrow, knew the risks when she went to Hainan Province to seek justice for six elementary school girls who were sexually abused by their principal. But the scale and intensity of the government’s reaction — chasing her ruthlessly from town to town — surprised even the most seasoned activists across China.

9/4, 7 p.m. 9/8, 3 p.m. SOUND OF REDEMPTION: THE FRANK MORGAN STORY (2014) At the late night jam sessions in LA, Jazz musicians used to dedicate their shows to the greatest alto sax player in the world, Frank Morgan, but if you wanted to hear him, you had to go to San Quentin. SOUND OF REDEMPTION is the late jazz saxophonist’s tale of redemption, from drug addict, conman, and convict to beloved elder statesman of jazz.

9 p.m. MADE IN VENICE MADE IN VENICE the movie takes you on a rippin’, shreddin ride with the sport and art of skateboarding, from its birthplace on the streets of Venice and Santa Monica – aka “Dogtown” – to the local skateboarders who’ve carried on its “tradition” from the early ‘70s through today, in the form of the now-iconic Venice Skatepark.

7 p.m. SEED: THE UNTOLD STORY Executive produced by Phil Fairclough (Grizzly Man, Cave of Forgotten Dreams). In the last century, 94% of our seed varieties have disappeared. In a harrowing and heartening story, reluctant heroes Vandana Shiva, Dr. Jane Goodall, Andrew Kimbell, and Winona LaDuke rekindle a lost connection to our most treasured resource and revive a culture connected to seeds.

Closing Night, 7:30 p.m. FOR THE LOVE OF SPOCK Presented on the 50th anniversary of Star Trek’s broadcast premiere. Adam Nimoy explores and honors the enduring legacy of his father Leonard Nimoy’s portrayal of Spock. Beginning with the original television series, Leonard Nimoy has appeared in Star Trek series and films over the course of six decades, including the 2009 reboot by J.J. Abrams.

← Baby Onboard
Fright Club: Disabilities in Horror →
Scroll Up