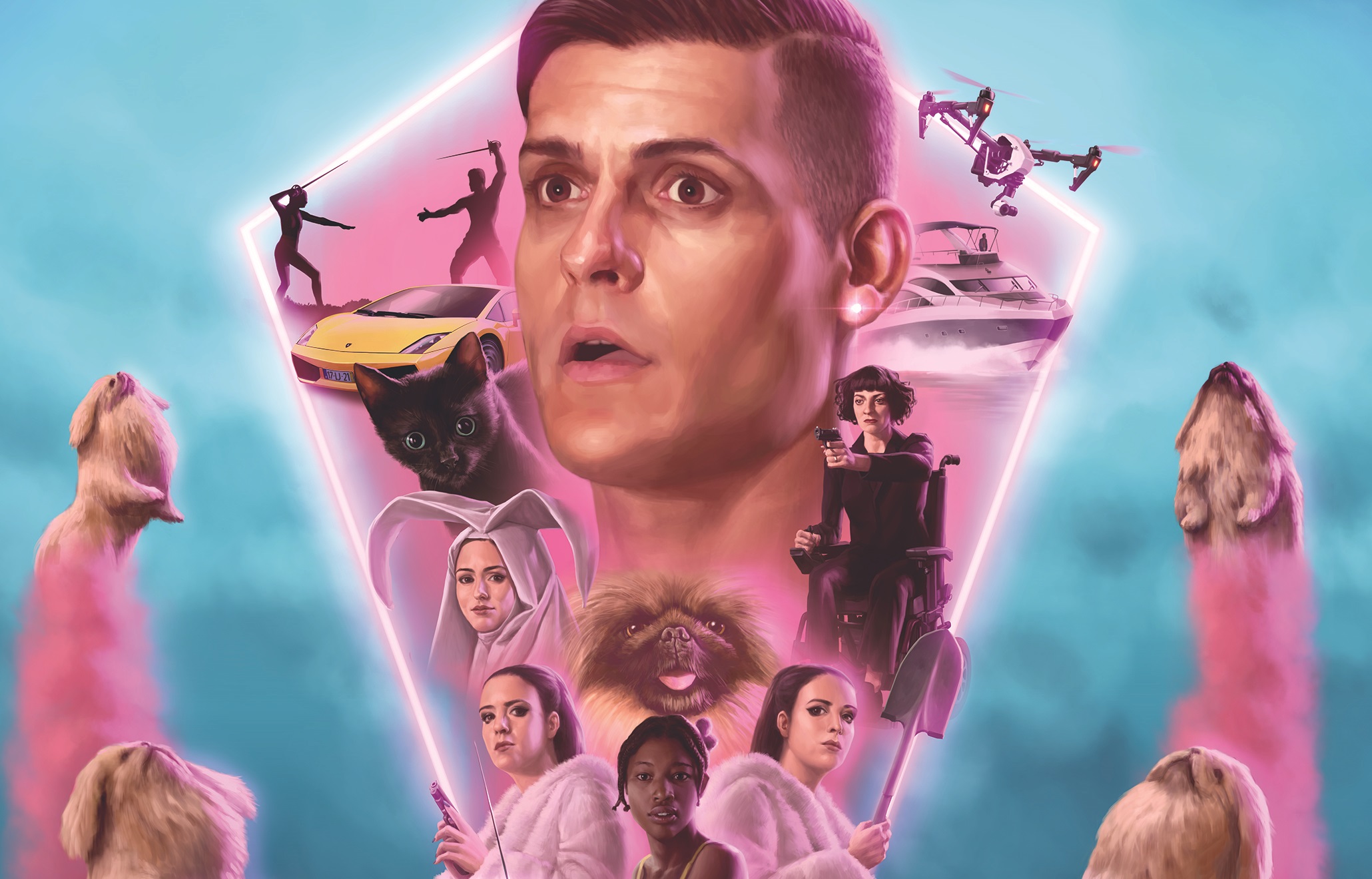 Is Diamantino going for hard-hitting social commentary? Eurozone political satire? B-movie send-up? I spent the first half of the film (written and directed by Gabriel Abrantes and Daniel Schmidt) eyeing the title hero with as much skepticism as those who surround him in the movie. By the end, though, I found it impossible not to root for the surreal star and his message of love, acceptance—and fluffy puppies. (Make that very surreal.)

Diamantino (Carloto Cotta, whose captivating presence keeps the film’s high-concept oddities aloft) is Portugal’s star soccer player. His skills on the field are rivaled only by his childlike naivete, at least until the superstar’s insular bubble gets popped by a succession of professional and personal tragedies.

Abrantes and Schmidt clearly have a lot going on in the tight script, but it’s a testament to the film’s good nature and convincing leads (including Cleo Tavares as Diamantino’s adopted “refugee”) that the humor lands more often than not, at least before the satire gives way to mysticism with a detour through B-movie body humor. (Again, a lot going on.)

Not only is Diamantino funny, it’s also beautiful… at least in its own fleeting way, before the film is just as likely to veer back to deliberately cheesy sci-fi effects. But Cotta finds a way to redirect the celebrity satire of Diamantino into tenderness, even when it’s something as achingly funny as the soccer star putting his head down on his own branded bedsheets.

For a film that hinges on so many hot-button current events, the unifying message that coalesces in the final act comes close to feeling like a cop-out. But even when it stumbles, Diamantino earns its cult status just for being so committed, so sincere, so weirdly joyous. And so unlike anything else you’re likely to see this year.