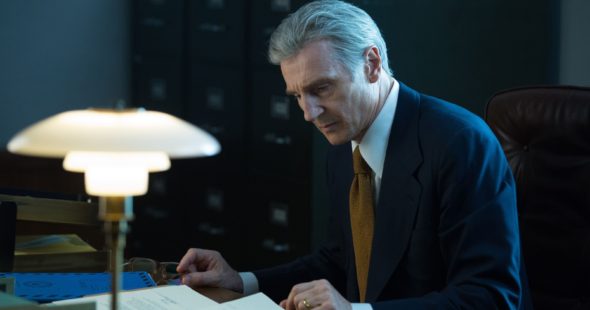 Mark Felt: The Man Who Took Down the White House

Imagine what could go wrong if one group of power hungry thugs could subvert any investigative body, discredit the press and cover their corrupt, nation-degrading tracks.

But maybe that’s where Mark Felt: The Man Who Brought Down the White House could find its power. It could not only underscore the nearly incomprehensible severity of our current climate but also remind us that change is possible.

Liam Neeson plays Felt, the Associate Director of the FBI under J. Edgar Hoover who found himself so aggrieved by the corruption overtaking the bureau after Hoover’s passing that he leaked confidential information to the press, earning himself the affectionate nickname Deep Throat.

Writer/director Peter Landesman takes on nearly 45-year-old history perhaps to draw comparisons between then and now. For the former New York Times investigative journalist, the material may have been too tempting.

Since his leap to filmmaking, Landesman’s been concerned with true-life tales, but he’s been stronger as a writer (Kill the Messenger) than a writer/director (Concussion). Here, he stumbles with both.

Worse still are the soliloquies Landesman saddles onto poor Diane Lane as Felt’s wife Audrey. Lane does what she can but her overwritten monologues beg the question: why is she telling him these things? Surely her husband already knows. The answer, of course, is that she’s telling us, which is just weak writing.

On paper, Felt’s a fascinating character, as any lifer in the bureau must be. And Liam Neeson’s a fine actor. So why is it the film never plumbs any deeper than a distant stare, a grimace, an errant curse word?

Mark Felt is onscreen for maybe 4 minutes in All The President’s Men and I understood him as a character more fully than in his full 2-hours here.

What may be the most interesting idea Landesman shares is that Felt was less interested in criminal activity at the highest level than he was in the idea that the FBI would become beholden to the White House. He was busy looking beyond a single presidency to the power and necessity of an independent investigative body when everybody else was too stunned by the felon in the White House to notice.

You know what, though? I bet Nixon knew he was president of the US Virgin Islands.

← Humanity in the Time of Displacement
The Fire Inside →
Scroll Up