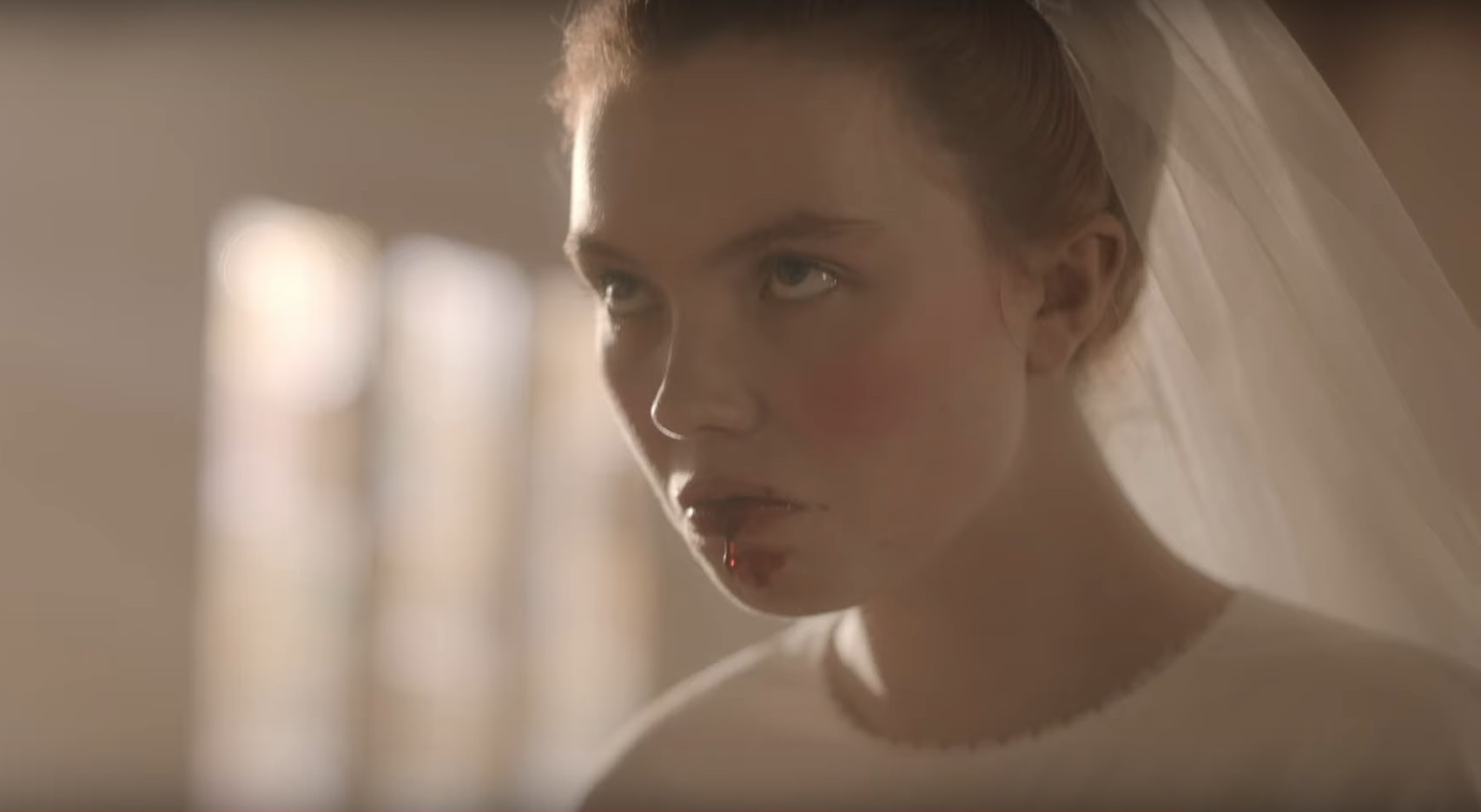 In  2011, filmmaker Lucky McKee unleashed the subversive, feminist horror jewel The Woman to a lot of boos at Sundance. It’s tough viewing, no doubt—the screener we were sent to review prior to its release arrived wrapped in a vomit bag—but it amounted to an envelope-pushing miracle of modern horror.

The film itself was a sequel to the underwhelming 2009 cannibal horror penned by Jack Ketchum, Offspring. The point of both films was that only a doomed moron underestimates Pollyanna McIntosh.

McIntosh (The Walking Dead) returns to the feral, nameless role that’s caused such a ruckus over the years, this time taking charge of the woman’s trajectory by writing and directing the latest installment, Darlin’.

Darlin’ picks up some years after the end of The Woman. McIntosh’s alpha and Darlin’ (Lauryn Canny), the adolescent whose grown in her care since the events of McKee’s flick, approach a hospital. Filthy, communicating with grunts and probably smelling pretty foul, the two split up as the girl enters the hospital.

To the dismay of the unrealizing Woman, the system’s not about to let her back out.

What follows is a sloppy, superficial finger-wagging at Catholicism, which is unfortunate. Not because the church deserves more respect than that—it doesn’t, really—but because there may be no lazier strawman in horror right now than the Roman Catholic Church, and McIntosh doesn’t even bother to get a single dogmatic or ritualistic point accurate.

Let me pause. Pollyanna McIntosh is a sort of hero of mine and The Woman is an all-time favorite. You have no idea how much I wanted to like this film or how much slack I was likely to give. The raw truth is that very little about the film merits praise.

McIntosh still cuts a mighty impressive figure as the nameless beast running the show. Canny, however, struggles with her Tarzan-style dialog.

The always capable Nora-Jane Noone, playing the church’s one good nun, serves mainly as a painful reminder. Those of us who saw her breakout film The Magdalene Sisters remember how cinematically powerful the horrors of Catholicism really can be.

There’s an underfed side plot about a loving nurse and an ill-fitting storyline about a group of homeless women, all of which coalesce with the evil priest core story in a bat-shit climax that almost makes the ride worthwhile.

It’s unfortunate, because there are three or four moments in this film of unique, subversive horror. They flash across the screen and then are gone, drown out by lazily written, listlessly directed cliché.