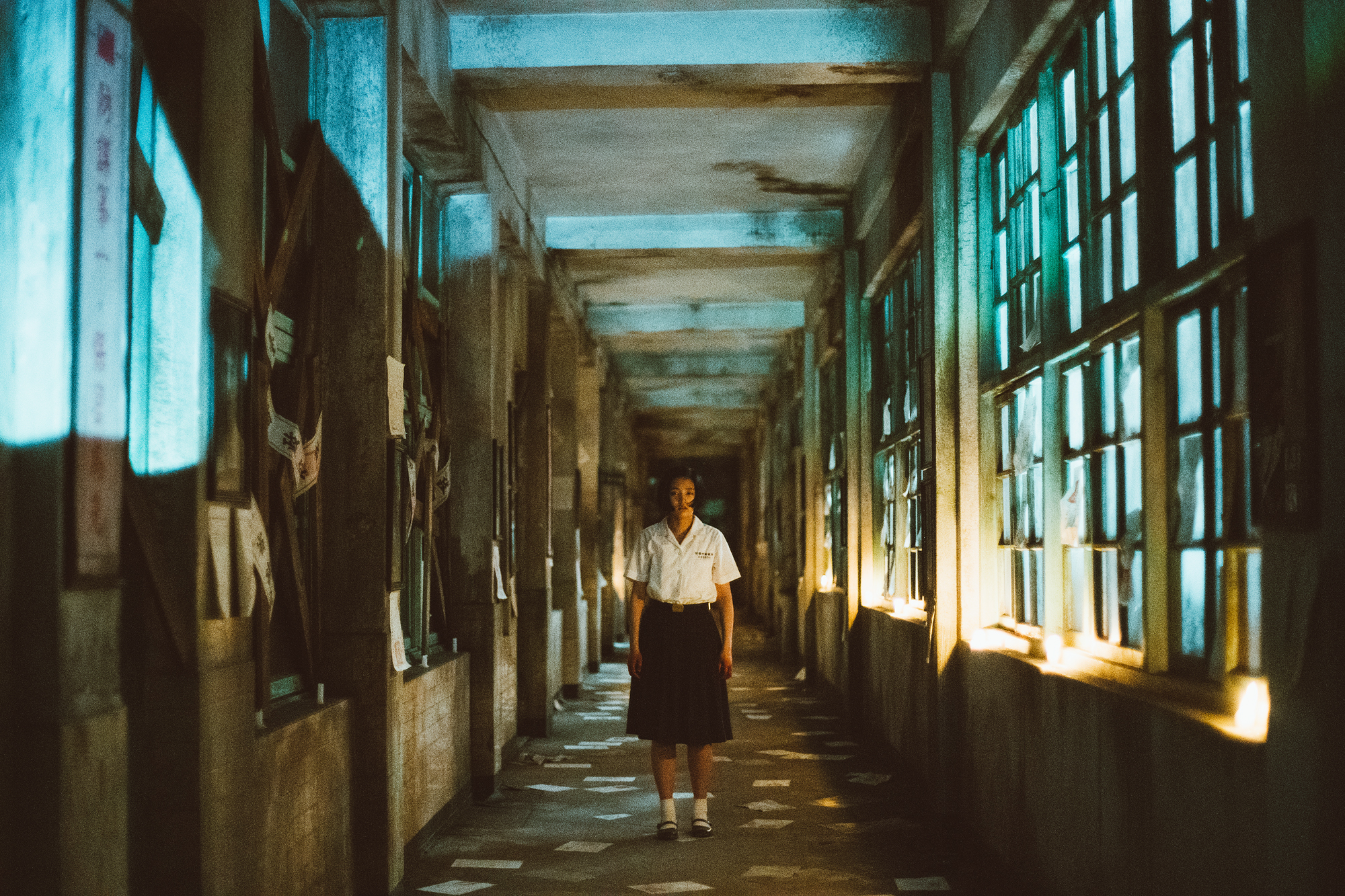 Set in 1960s Taiwan, the state is under martial law. Reading communist and other left-leaning books is punished severely—in some cases by death. In the midst of this repression, two high school teachers start a secret book club that meets in a storeroom and introduces students to works of “subversive literature.” One of the students narcs on the group, unleashing government-sanctioned violence upon the school.

The story unfolds in several parts. “Nightmare” starts with two of the students waking up in the now-empty and somewhat dilapidated school building, unaware of how they got there and what happened before they went to sleep.  The students are literally haunted by their own recent past. Some of the horror tropes are familiar: long, vertigo-inducing, ill-lit hallways, creepy girls with hair hanging in front of their eyes, fairly effective jump scare. This section seems to be most heavily influenced by the videogame source material. What is particularly effective here is a literal embodiment of the repressive state that menaces the corridors.

The section “The Whistleblower” shows the events that led to the outing of the book club. It takes an onion-peeling approach, showing the motivations and potential culpabilities of various participants, layer by layer. Awe-inspiring and sadly realistic how so much deplorable violence can result from the banal foibles of adolescents and their ever-so-slightly older teachers.

“The Ones Who Live” establishes the thesis of the work, that it’s important for those who live on to remember and admit to mistakes made in the past. As long as there are people living, there is hope.

Well-acted, with cinematography and sound design that keep us poised for scares, Detention does a wonderful job delivering a SpooOOooOOky season movie while also conveying a message about the price of freedom and liberty.