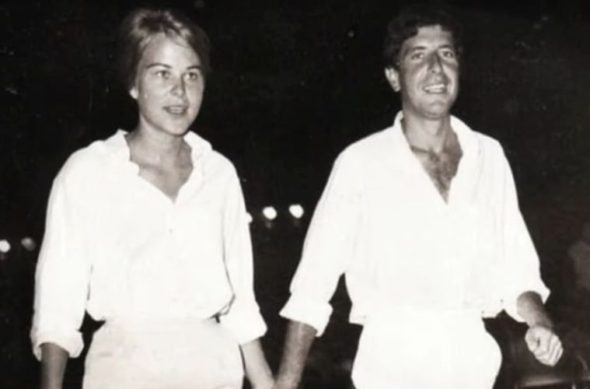 For fans, there is something endlessly fascinating about Leonard Cohen. Maybe it’s because, regardless of the volume of his work—songs, novels and poems—or the intimacy of his words, it’s still impossible to feel as if you know him.

Ihlen inspired the Cohen classic So Long, Marianne, obviously, as well as dozens of others including Bird on a Wire. The two had one of those Sixties relationships—open but committed, tumultuous but loving, and ultimately doomed.

For eight years they lived together, on and off, along with Ihlen’s son Axel in a humble cottage on the Greek island of Hydra. An artists’ refuge of sorts, it was the kind of pre-hippie paradise where eccentrics engaged perhaps too freely in freedom.

It was there that Broomfield first met Ihlen. Their friendship and the director’s clear fondness for his subject give the film a fresh and odd intimacy.

Though his personal connection to Ihlen is an interesting inroad into this story, the doc sometimes feels like two separate and uneven pieces sewn together.

That seems partly appropriate, given that Leonard and Marianne spent increasing spans of time apart as the years wore on. And there’s no question that—for Leonard devotees, at least—the behind the scenes footage of Cohen on tour in the Sixties, commentary from his bandmates, and snippets of background intel from close friends is as engaging as it is enlightening.

Unfortunately, we lose Marianne almost entirely by Act 2. The titular character becomes a bit of a ghost, and not even one who looms large over the material in the foreground.

Of course, as the film was made posthumously (both Ihlen and Cohen died in 2016), their own insights are limited. In this way, though, Ihlen’s presence outweighs Cohen’s in that Broomfield dug up audio conversations in which she discusses the relationship.

The lack of Cohen’s own thoughts on their pairing—outside of one or two rambling, drug-riddled onstage song intros—makes its absence known.

Still, there is a melancholy beauty in the way Bloomfield’s documentary—his love letter to Marianne and Leonard—follows Cohen’s song lyrics, telling of a fractured, unconventional but nonetheless loving connection.

Indeed, it is Cohen’s final words of love to Ihlen, a note sent to her hospital room as she lay dying, filmed at her request, that illustrates that very point.

A bit disjointed but never uninteresting, Words of Love is an often compelling look at the relationship between muse and artist. For Cohen fans, it’s required viewing.