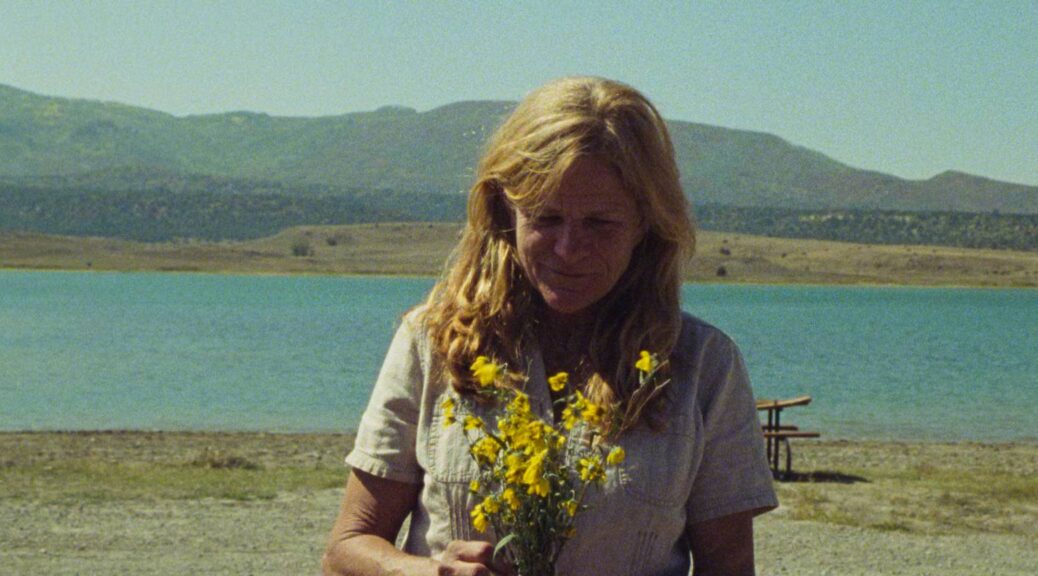 Filmmaker Max Walker-Silverman’s feature debut A Love song blesses us with 81 minutes of Dale Dickey, a gorgeous western landscape, and not much else. It is enough.

Dickey is Faye, a solitary figure with a face full of longing at Campsite 7. She sets her crawdad traps, makes her coffee, studies birds and their calls by day, stars and their positions by night, and waits.

Dickey’s performance is a master class in authenticity, as always. She’s been the grizzled Appalachian or the kindly townsfolk in countless films and shows. Rather than hide the years that stretch across her face, she looks out from behind them, eyes bright and observing. She wears a lifetime of experience, and that, along with her instinctive natural performances, creates depth and richness.

All that and more is called for in Walker-Silverman’s film because for about 80% of its running time, we’re alone with Faye and witness to Dickey’s achingly real performance.

Faye’s solitude is broken up here and there. A friendly couple a few campsites over invite her for dinner. An odd group of siblings arrives with a peculiar request. A kindly and encouraging mailman stops by.

Eventually, Faye’s patience pays off in the form of her childhood friend, Lito (Wes Studi). Decades of absence and years of meaning stand between Lito’s charming smile and Faye’s searching eyes.

There’s magic and nostalgia for old-fashioned love stories in Walker-Silverman’s script, but these veteran actors don’t bend to sentiment. Both know how to blend innocence with renewal, reimagining coming-of-age as they do.

Walker-Silverman’s camera lights on visual metaphors: hearty wildflowers bursting through dried earth, a transistor radio that always seems to know what to play. His film brims with the kind of beauty and type of characters reminiscent of Chloé Zhao’s work, but A Love Song is more meditative. It’s beautiful, touching and real.

One thought on “Coming of Age”