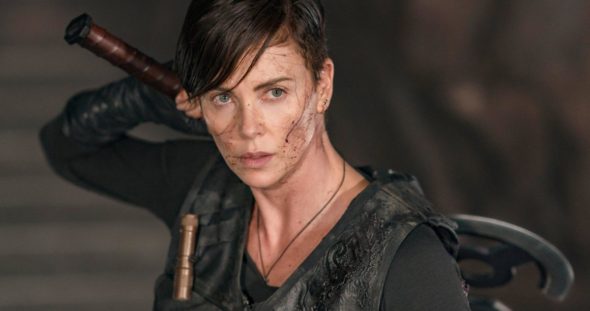 Let’s start with this piece of obviousness: Charlize Theron can do anything. From indie dramas to bawdy comedies to badass action, Theron commits and convinces.

In Netflix’s The Old Guard, she plays the leader of a small but immortal group of soldiers eluding capture while trying to train a new member. It’s Book One in a series, and that can be a dangerous spot for a film because that tends to mean a lot of exposition and not enough conflict.

Greg Rucka adapts his own source material and director Gina Prince-Bythewood makes the most of his screenplay and her cast.

She flanks Theron (spectacular, obviously) with actors who are, first and foremost, talented actors. The fact that they make for believable mercenaries is a really excellent bonus.

The ever versatile Matthias Schoenaerts gives the film its aching heart while KiKi Layne proves herself to be as convincing here busting heads as she was at drawing tears in If Beale Street Could Talk. Though it’s unfortunate he couldn’t have stolen a little more screen time, the great Chiwetel Ejiofor is a welcome presence, as always.

So what Prince-Bythewood does is surround Theron with other talented actors whose versatility compliments hers. This brilliant move let the filmmaker take a somewhat by-the-numbers superhero tale and tell it with a restraint that takes advantage of her cast’s flexibility and talent.

In Prince-Bythewood’s hands, The Old Guard explores the same universal themes mined in most superhero films, but she tells the tale as a taut and tactical military experience. The understatement makes the action sequences stand out, the filmmaker requesting your close examination of each bout and each battle, whether hand-to-hand, bullet-to-brain or saber-to-throat.

It pays off, delivering a thrilling action movie that doesn’t disregard your brain. Even better, this is a movie that tugs at your emotions without the need for swelling strings or sentiment to convince you.

That’s what happens when one formidable women pulls together a group of similarly skilled badasses.