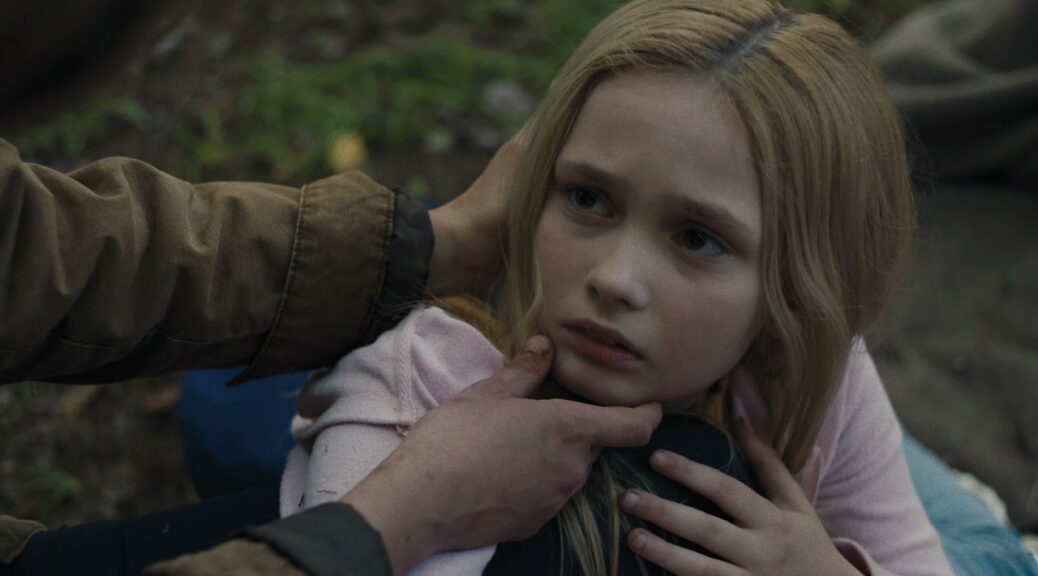 Director/co-writer Cory Choy’s feature debut Esme, My Love keeps us in the dark about a lot of things. Choy leaves us to piece together what we can of the duo’s mysterious trip into the woods, just as Hannah leaves Esme to do.

More brooding mystery thriller than outright horror, Choy’s film plays on your imagination with gorgeous sound design and cinematography. An eerie mismatch of voiceover and image in the early going suggests that not everything with Hannah is A-OK.

Ostensibly, she’s taking her daughter to visit the old, abandoned family stomping grounds so the two can spend some time together. Esme, Hannah suggests, is sick. She doesn’t seem sick. She seems fine. Hannah, on the other hand…

Choy and co-writer Laura Allen refuse to spoon-feed you information. Their structure is loose, their explanations all but nonexistent. You’re left to parse through the images and sensations, determine what’s real and what isn’t, and decide things for yourself.

The ambiguity often works in the film’s favor. Esme, My Love possesses a brooding, nightmarish quality that, along with the two performances, keeps you guessing and interested. But to be honest, a touch more structure would have strengthened the film, which begins to feel lovely but unmoored before it’s over.

At a full 1:45, the film’s fluid storytelling and disjointed imagery flirt with self-indulgence.

Esme, My Love never offers any solid catharsis, any true clarity. Yes, you can guess the meaning of the climax, but with so much guesswork throughout, it feels less like ambiguity and more like a cheat. Or worse still, indecisiveness.

While frustrating, it’s not enough to sink a film that submerges you in a dark family tragedy and leaves you stranded.