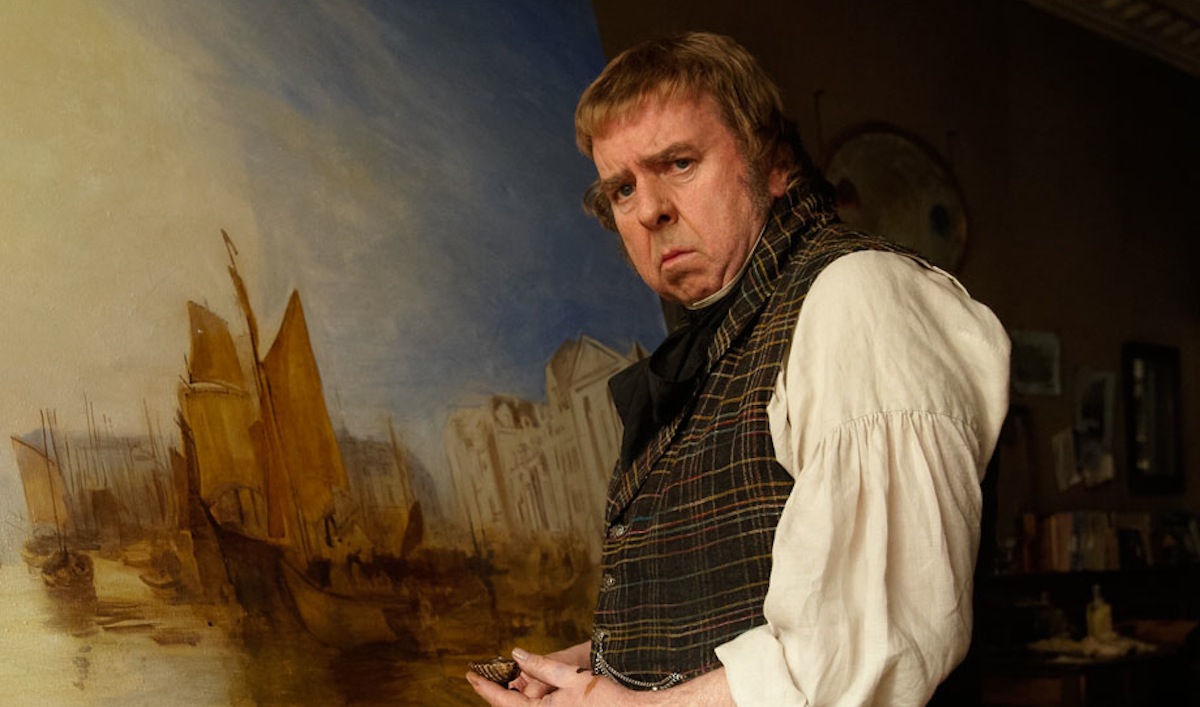 Mike Leigh is the best kind of storyteller: visual but never showy, patient and confident in his plan to let a collection of smaller moments resonate as a whole. His films, which include Vera Drake, Secrets & Lies, Happy Go Lucky and Another Year, reveal a natural gift, and Mr. Turner is another impressive entry in his catalogue.

The Mr., specifically, is J.M.W. Turner, widely regarded as the greatest British painter in history. Long before the populism of Kincade, Turner was known as “the painter of light,” with landscape works that many art historians point to as a vital forerunner of Impressionism.

And as is the case with many creative masters, Turner was a bit of an eccentric, and he’s brought to life onscreen through a career-defining performance from Timothy Spall. Known to many audiences as a longtime “that guy,” Spall captivates from the very first scene, making Turner an achingly human mix of God-given talent and curious motivation.

Leigh, who wrote and directed, is savvy enough to avoid trying to cover Turner’s entire biography, and instead settles on the last third of Turner’s life, years that found the artist both enjoying, and running from, his success. Turner’s interactions with his father (Paul Jesson), his housekeeper (a heartbreakingly good Dorothy Atkinson) and his longtime companion (Marion Baily) give us intimate glimpses into a complicated genius.

Cinematographer Dick Pope earns his recent Oscar nomination, providing a naturally beautiful bridge between canvas and reality that Leigh utilizes to perfection. Yes, he constructs various shots as paintings in a frame, but he does so with such a stylish, subtle touch the device never feels forced, and works on an almost subliminal level to enhance the richness of the film’s scope.

A legendary artist and a modern-day filmmaker, both with a calling to find the light, even in the most unlikely places. Kindred spirits? I’m guessing one of them thinks so, and I bet the other is just fine with that.