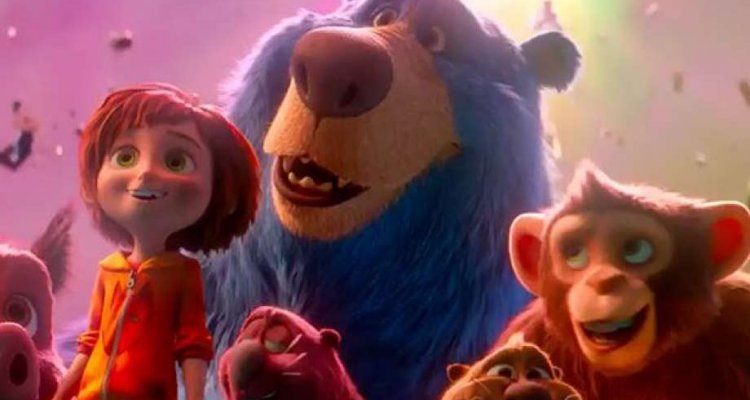 Credit any film that can tap into the audience’s sense of wonder.

Wonder Park is that movie. I wonder why the film was called Wonder Park when the amusement park at the center of the film—and of little June’s imagination—is actually called Wonderland.

I wonder who directed the film, because there’s no one listed on imdb or the film’s own credits.

I wonder if there was no director at all, and that’s why the first act runs for 35 minutes, dumping us headlong into a second act full of characters we don’t feel connected to, regardless of the fact that they are the talking animals we’ve been trained to love and want to purchase.

(Fun fact: Wonder Park may or may not have been directed by David Feiss, who reportedly took over after Dylan Brown was fired over sexual misconduct allegations but is uncredited here. Makes you wonder.)

There’s not a lot of fun in this movie. There is a lot of talent: Jennifer Garner, Mila Kunis, John Oliver, Ken Jeong, Kenan Thompson, Matthew Broderick. And the animation looks good. There is also an admirably nerdy underpinning that encourages kids—girls, in particular—to appreciate the excitingly destructive qualities of math and science.

As is often the case with powerful and memorable animated films – Up, Bambi, Dumbo – Wonder Park is also about grief. It’s grief and fear that cause mischievous little genius June (Sofia Malie and Brianna Denski, depending on the age of the character) to lose her spark.

With the help of science, math, girl power and imagination, she can face her grief and fear and come out the other side.

Wait, is that how it works?

No. Math and science can help with a lot of things, but grief is grief and it just needs to be accepted. This trickery to overcome it is a cheat, as is the film’s ending, not to mention that roller coaster bear moment.

Good lord, I wonder how this got made.