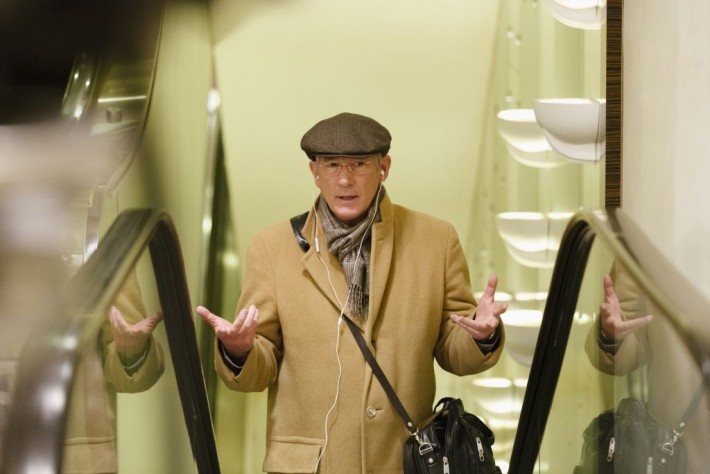 When does Norman Oppenheimer ever sleep? He’s always there in that same coat and hat, stalking New York City for more people to connect, more circles to infiltrate, and more favors to curry.

But beyond mere social status, Norman (Richard Gere) wants to be a part of something that matters, and he thinks he’s finally found it after “betting on the right horse.” In Norman’s world, that means doing a favor for Eshel (Lior Ashkenazi-terrific), a struggling young politician, at precisely the right time.

It takes three years, but Norman’s long shot pays off when Eshel becomes Prime Minister of Israel. Suddenly, after a lifetime of exaggerating his influence and connectivity, Norman really does have a friend in a very high place.

Writer/director Joseph Cedar skillfully creates an utterly fascinating character who maneuvers through an equally intriguing web of politics, friendship and desperation. And Gere, as good as he’s ever been, makes it feel authentic.

Much as Bruce Dern dug deep into the lead role in Nebraska, Gere relishes his chance to flesh out a character as ripe as Norman Oppenheimer. He’s pushy, pathetic and often socially awkward, yet endearing in his tireless quest to seem worthwhile, both to others and himself.

It’s a performance that should not be forgotten come award season, and it anchors a smart, detailed film as compelling as any political thriller, yet as familiar as your last little white lie.