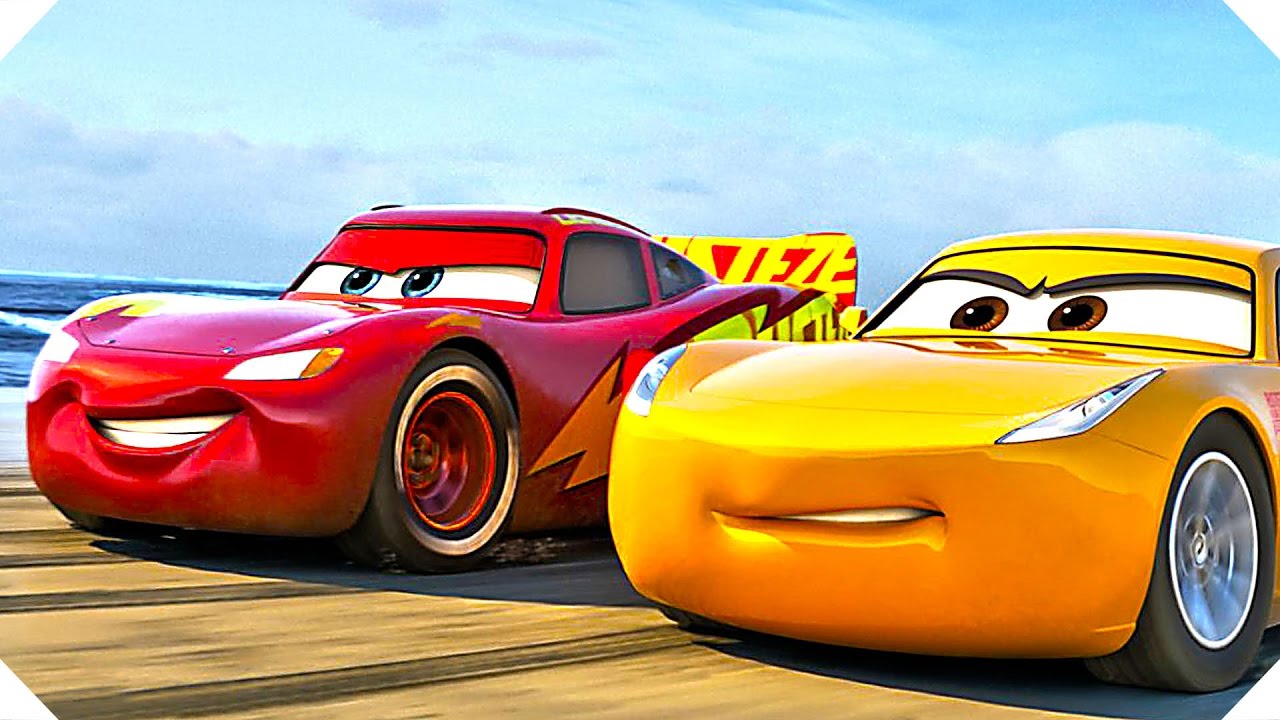 As great as the Disney/Pixar lineup is -and it’s pretty great- the Cars franchise sits low in the batting order, especially after the debacle that was Cars 2 six years ago. Cars 3 rebounds nicely, but still can’t match the meaningful substance of Pixar’s best.

We catch up with legendary race car Lightning McQueen (voiced by Owen Wilson) in a changing sports world. Suddenly, a new generation of “NextGen” cars, led by rookie sensation Jackson Storm (Armie Hammer), is taking over. New team owner Mr. Sterling (Nathan Fillion) brings in a young trainer named Cruz (Cristela Alonzo) to get McQueen adapted to the new technology, but her “senior project” only fuels the feeling that the legend should stay in the garage for good.

Animation vet Brian Fee helms his first feature as director/co-writer with Cars 3, and while the visual style is characteristically luscious, the story that he’s telling never quite rises above the pleasantries of showing kids some talking cars and introducing a new line of tie-in merchandise.

The gags are amusing but seldom funny and the plot takes some turns that may confuse the young ones, but the bigger concern is what’s missing.

As Cruz reveals her true love is not training but racing, and McQueen reflects on his tutelage under Doc (Paul Newman), the movie has the chance to find the poignancy and resonance that has driven Pixar’s most touching classics.

You’ll find it in Lou, the Pixar short the runs before the feature.

Alas, Cars 3 drives on by, satisfied with “believe in yourself” mantras that are greeting card ready, and a first-place trophy for the cheerfully harmless.