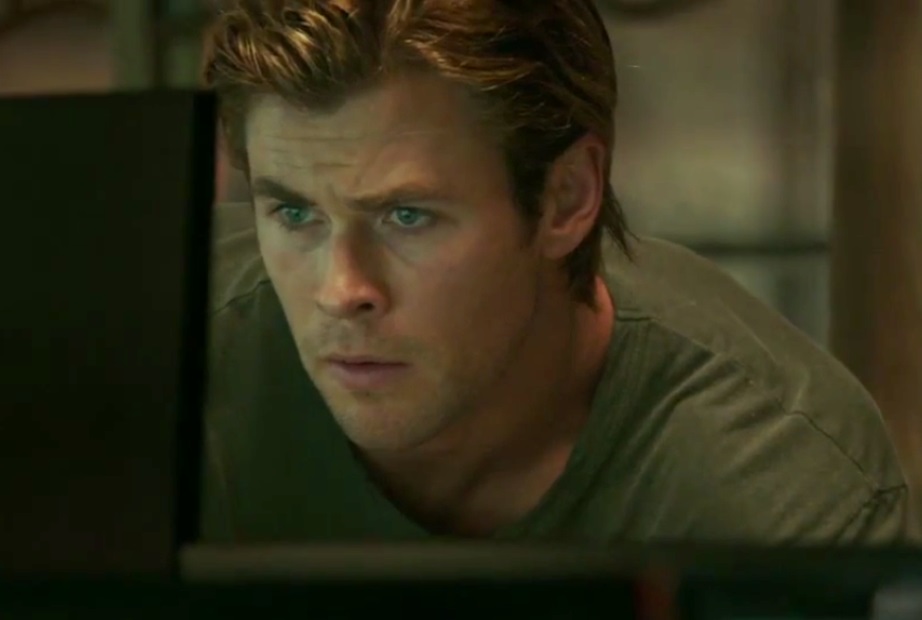 It’s early. Too early to get excited. Blackhat will face a lot of competition as 2015 journeys onward, but it is as strong a contender for worst film of the year as any movie could be. Jesus, is it bad.

Yes, it’s January and the film is about hackers – that’s two big strikes against any major studio film. Remind me, when was the last time a cybercrime film was interesting? You can squeeze only so much tension from shots of fingers on a keyboard and anxious expressions reflecting the blue light of a computer screen. Worse still are those self-indulgent shots of the digital journey inside the hardware – kind of the Tron’s eye view. Unfortunately, director Michael Mann has nothing fresher than these ideas up his sleeve.

Chris Hemsworth plays the world’s greatest hacker, because hackers generally look like Chris Hemsworth. So, right there, authenticity is clearly key to the once capable Mann. As it happens, the Chinese and US governments are working together to solve a convoluted – even asinine – cybercrime, and they need the help of this uncharacteristically fit computer nerd, so they furlough him from prison. If he helps them catch the baddies, he’s free; if not, it’s back to the pen, and something tells me he’s pretty popular on the inside.

Bonus: he’s an expert marksman. Who knew? Must be all those first-person shooter games.

Hemsworth affects some kind of diluted Bronx accent – is that it? Boy, it’s hard to tell just what he’s trying to do with it, and in another film that would be a real distraction. But Blackhat is so loaded with bewildering ridiculousness – from the needlessly overwrought visual style to the utterly incompetent sound editing to the laughable storyline to the astonishingly weak and wooden performances – that an awkwardly unrealistic accent goes almost unnoticed.

Thor isn’t outright terrible, and that’s a real feat. Even the great Viola Davis chokes on this screenplay, and the usually solid Wei Tang (Lust, Caution) struggles too mightily with English to deliver a professional performance. Still, all three are outshone by the listless to the point of parody work of Leehom Wang.

It has been ten long years since Michael Mann made a good movie. The real distinction of his newest effort is simply that it is his worst.