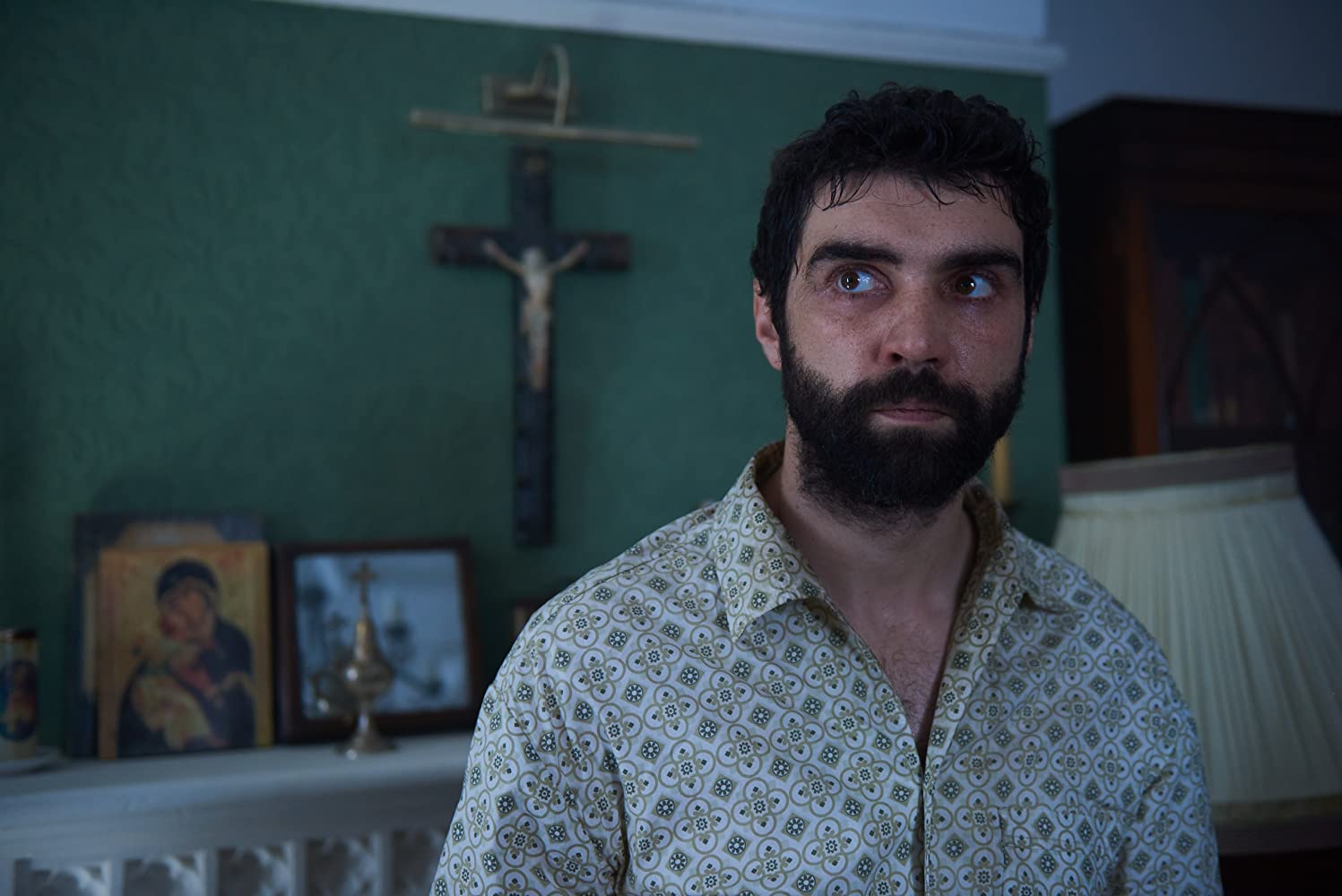 It’s a comforting notion, the idea that we each need to forgive ourselves for the wrongs we’ve done in order to heal and move forward. Everyone deserves to be happy, right?

But is that forgiveness ever really ours to give? Tomaz (a remarkable Alec Secareanu) doesn’t think so.

Tomaz is living a destitute existence as a day laborer in London, picking up gigs as he can and sheltering at night with others like him—mainly refugees wordlessly sharing space in an abandoned building. He used to live in an unnamed but war torn European nation, and his dreams are still haunted by the experience.

A chance encounter puts Tomaz in the path of Sister Claire (Imelda Staunton, relishing her small role). She introduces Tomaz to Magda (Carla Juri, Wetlands), who needs help with the house that’s falling down around her and her ailing, bedridden mother.

From there, Garai toys with familiar horror elements—the decrepit building as metaphor, the horrifying relative hidden away—but you can never predict Amulet’s secrets.

Juri is hypnotic as the reluctant, wearied, lonesome Magda and her slow growing chemistry with Tomaz creates a quietly seductive force for the film. Clearly Tomaz should leave, there is something powerfully unhealthy happening in this house. But maybe this is his path to happiness? Maybe he can help?

That’s how the film traps you, because Secareanu is terribly empathetic and because it is his point of view we share. His performance is full of understated power and, paired with Juri’s resigned sensuality, it holds your interest.

Garai braids two mysteries together, the one Tomaz is living and the one he’s keeping from us. That second secret haunts his dreams and, little by little, he convinces himself that unraveling the mystery in this house might free him from his past.

The delivery is measured and creepy, and though the final act feels simultaneously tidy and nonsensical, the mysteries themselves—not to mention a trio of excellent performances—more than satisfy.