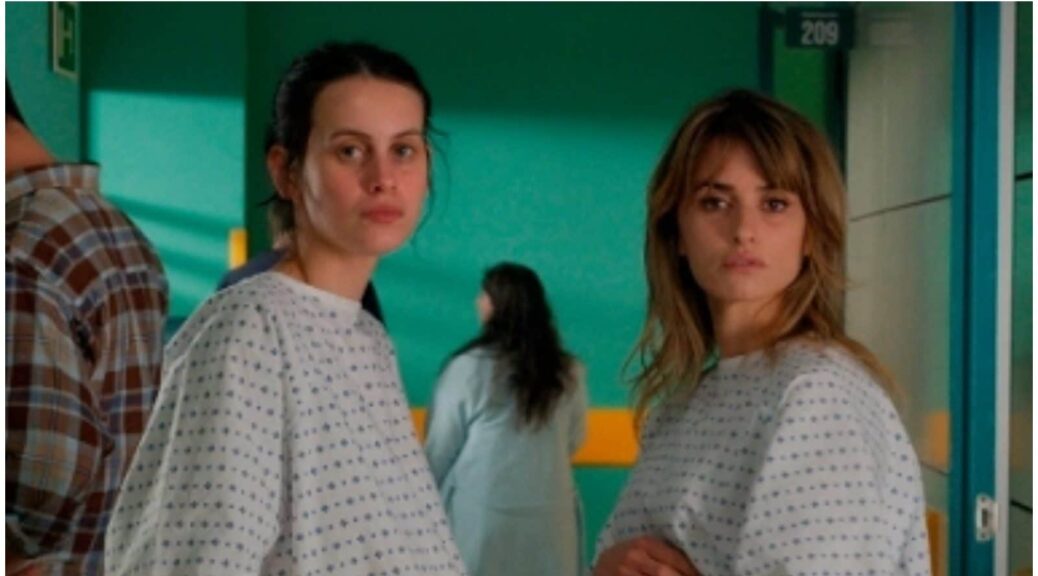 Resilient women, absent men, memory, family, trauma, grace—somehow filmmaker Pedro Almodóvar revisits every one of these ideas to one degree or another in each film he makes.

Parallel Mothers, the auteur’s latest, hits all those notes. But the song is never the same.

In this case, Janis (Penélope Cruz) and Ana (Milena Smit) meet in the maternity ward. Both are about to become single mothers, both pregnancies unplanned. Janis, a career woman who’d thought her time had passed, is elated. Ana, a teen with her own parent problems, is terrified.

The two share a room, deliver on the same day, and bond over the blessing of their first daughters. Life, of course, takes the women and their babies in unexpected directions but it is the bond that the film celebrates.

Almodóvar’s vibrant tone creates an atmosphere where anything could happen. Parallel Mothers could turn on a dime and become a murder mystery (notes of Hitchcock in that score), political allegory (a radiant backstory full of non-actors begs for your attention), or even a comedy.

Instead, it takes shape as a messy family drama, one so full of twists it recalls the filmmaker’s 1988 breakout Women on the Verge of a Nervous Breakdown. Plot turns certainly suggest one of his raucous, over-the-top comedies, but Parallel Mothers is poignant in its drama.

The shocks and surprises are handled with sincerity by the cast, who imbue the film with an intimacy that grounds it. Cruz— Almodóvar’s go-to for a transcendent woman—commands the screen, an empathetic central figure even when Janis’s choices are morally muddy.

Smit cuts a curious and melancholy figure, a perfect mix to suit Ana, a woman still discovering who she is. Her enigmatic presence is balanced by Aitana Sánchez-Gijón as an entirely different kind of mother. The three women orbit each other, the men in their lives conspicuously absent.

It’s the absence, among other things, that gives Parallel Mothers its power. As complicated and showy as the dramatic twists are, it’s the backstory of Spain’s Civil War—the longing, the absence of fathers and husbands—that haunts the film.

It’s one of Almodóvar’s most tender films, and one of Cruz’s very finest performances. And though both always play well together, they have again found something new and remarkable to say.