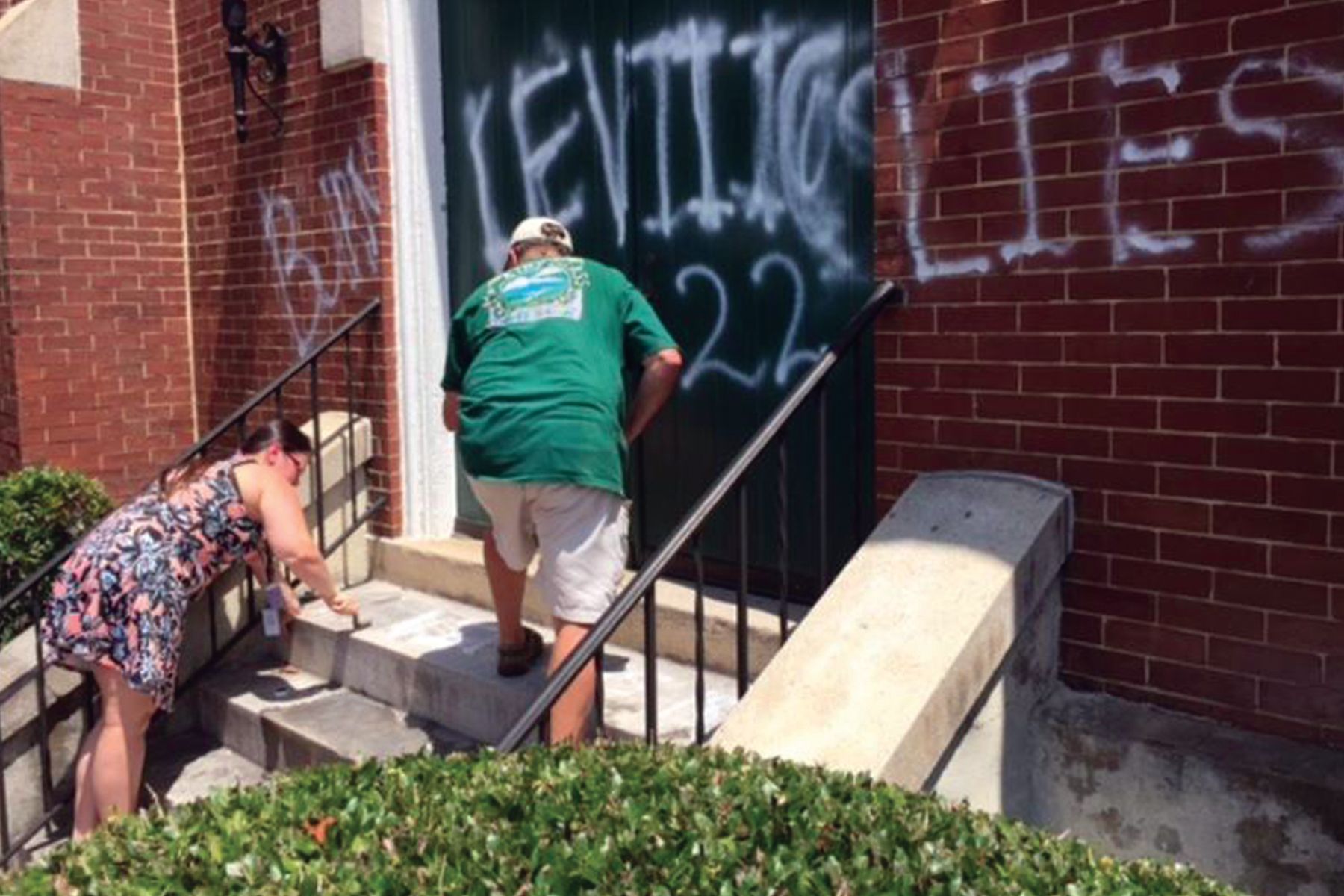 For a documentary with the subtitle “Who’s Pushing Hate?,” you would think that HomoSayWhat, Craig Bettendorf’s brief survey of homophobia in America from the mid-20th century up to the nationwide legalization of same-sex marriage, would be a long list of people to choose from.

Bettendorf’s sprint through half a century of history is a helpful primer on major events in the gay rights movement. And while the film is heavy on narration and light on interviews that might contextualize the history—the longest interview segment is a casual chat with Bettendorf’s colleagues—they make the most of contemporary news footage and interviews to produce plenty of jaw-dropping moments.

Far too often, though, the film serves as just that: a whirlwind introduction to the top hits and the reminder that “this sure was bad, but things are getting better.” And to be fair, Bettendorf and his crew couldn’t have known that Pride Month this year would coincide with some of the largest protests against injustice in this country’s history.

But it’s hard to reckon with the film’s contention that progress is a clockwork inevitability even within the relatively rapid success of the gay rights movement. So while gay marriage gets its due, the Stonewall Riots that birthed modern Pride events are conspicuously absent. As is the very current and not at all settled fight for transgender equality. (Trans activists are almost entirely absent from the film’s history, which could be a decision to let them tell their own story. But it’s a puzzling omission for a movie that paints history in such broad strokes. And finds the time for an entire cable news monologue from Keith Olbermann.)

The most generous way to think of the film’s version of events is like a high school textbook: the chronology opens up windows to so many deeper stories you can look up if you’re interested. But given how profound and moving the subject is, the documentary’s point of view seems to go out of its way to avoid sounding too radical. And that leads to some very weird territory, like spending more time on C. Everett Koop than Larry Kramer.

As superficial as the historical treatment is, Bettendorf’s earnestness goes a long way to keeping the narration sprightly. But the choices are so idiosyncratic and linger on so much near history that it’s hard to figure out exactly who the audience for this retelling even is. For a film that sets out to dig into the history of homophobia and how it shaped American society, there’s an awful lot of time on the 2000s-era culture war with very little interrogation of what mission accomplished looks like today.

In a way it’s quaint to look back on a time when hatred felt like it had to keep a veneer of civility and logic when arguing among the political class. Those days are gone though, and those backslapping opponents have been replaced with a new group that doesn’t have much use for masks. It’s ironic that there are plenty of events and figures to look back on who raised hell to see justice done, wielding righteous certainty along with bricks, rocks, and whatever it took. That might offer some comfort at this moment. But you won’t learn about it here.