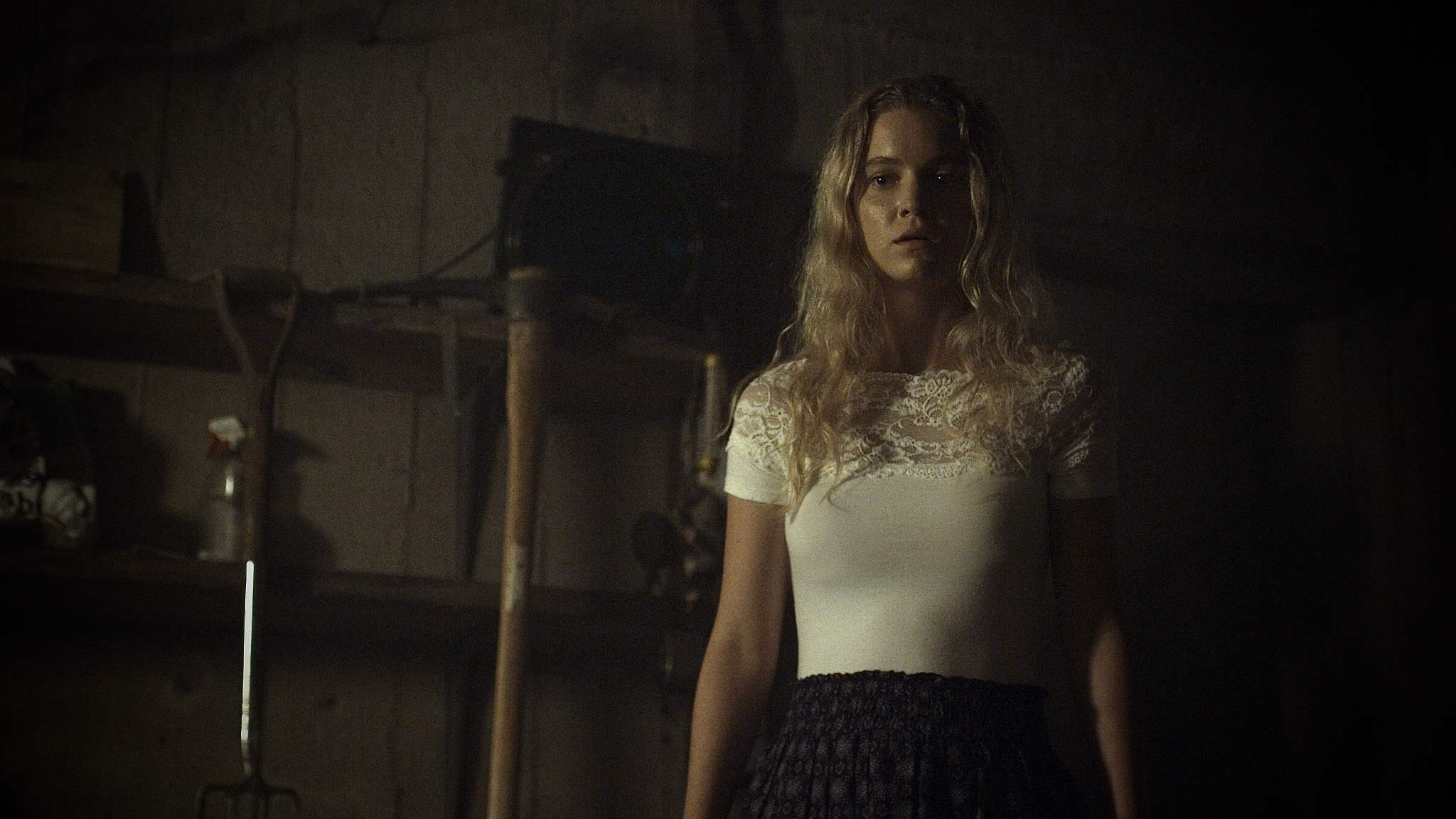 One only needs a fleeting familiarity with social media, message boards and comment sections to know that the internet is a breeding ground for toxicity and abuse. Everyone becomes a target at one point or another. Young women, especially, can become the focal points for violent, disturbed predators who want only one thing: satisfaction through cruelty.

Rosie (Sarah Rich) and her mother aren’t doing so well. It’s been one year since Rosie’s younger sister, Amelia (Samantha Nicole Dunn), died by suicide. The pain of the loss is made worse as Amelia was goaded into taking her own life by an online abuser. This abuser used his perverse coercion to worm its way into Amelia’s day-to-day life. Rosie’s depression and guilt morph into rage as she believes she’s uncovered the identity of the man responsible for Amelia’s death.

Like many of cinema’s greatest thrillers, #Like leans hard into discomfort. Director Sarah Pirozek pulls no punches when examining how young women are treated not only online, but in their every waking moment. The sexual adoration that men – young and old – direct toward women such as Rosie is shown for what it truly is – villainous and scary. Outside of being a damning portrait of male behavior, this also complicates Rosie’s search for the truth behind her sister’s death. How can she find the man responsible when so many are capable of this reprehensible behavior?

#Like isn’t all hard truths. There’s a throughline of ambiguity in the film that creates an ever-present sense of unease. The audience is sure Rosie has her man…until she doesn’t. Like the aforementioned online cruelty, Pirozek doesn’t shy away from the ugly side of Rosie’s anger. All good revenge movies grapple with the cost of vengeance, and this one is no exception.

Rosie is a great showcase for Sarah Rich. This is a character who is a ball of guilt, depression, rage and sadness – sometimes all within the same scene. Rosie should be your typical teenager, but the grief boiling inside of her won’t allow that. Rich plays Rosie’s loss of innocence as the film’s ultimate tragedy.

On the other side, Marc Menchaca (Ozark, Alone) impresses as The Man (the only title given to this character), the focus of Rosie’s ire. Menchaca has the hardest role in that he can’t simply play The Man as a mustache-twirling villain without steamrolling the movie’s overall theme. Menchaca’s portrayal of The Man runs the gamut from suspicious to sympathetic.

#Like could’ve easily gone for pure pulp and still have been a successful film. But by investing in theme, both storywise and through character beats, #Like manages to stand out by challenging the audience.