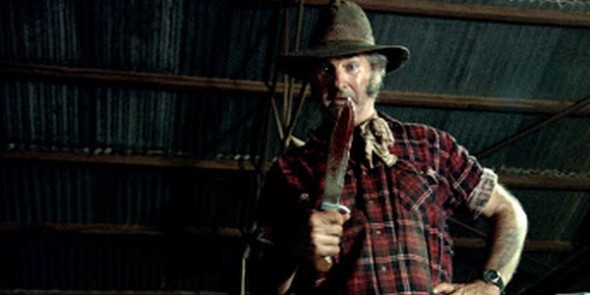 Some of the best scares in film have come as the reaction to urbanites’ fear of losing the tentative grasp on our own link in the food chain once we find ourselves in the middle of nowhere. No one in recent memory has applied this ideology to horror cinema as effectively as writer/director Greg McLean with his Outback opus Wolf Creek. It’s as if McLean looked at American filmmakers’ preoccupation with backwoods thrillers and scoffed, in his best Mick Dundee, “That’s not the middle of nowhere. This is the middle of nowhere.”

A quick glimpse at a map of Australia points out that nearly every city with a population higher than that of an Ohio State University dorm is along the coastline. McLean explores the isolated beauty of this vast, empty middle with spectacularly creepy results.