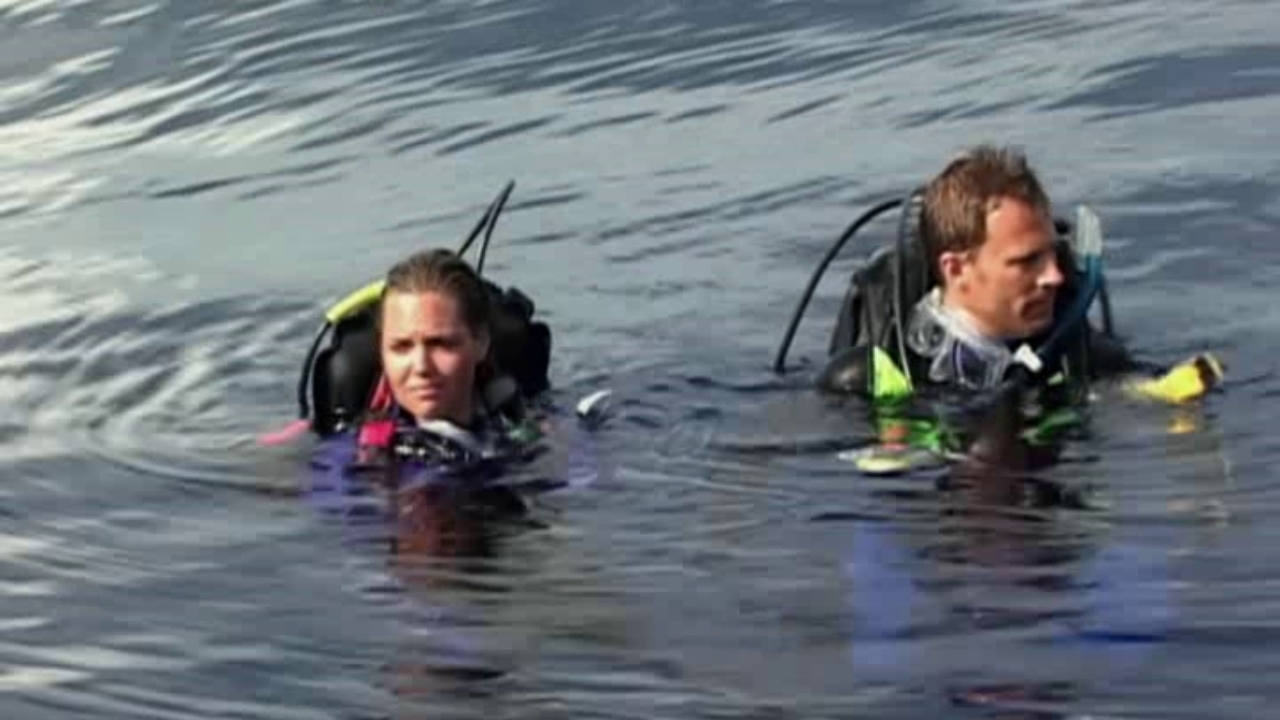 Jaws wasn’t cinema’s only powerful shark horror. In 2003, young filmmaker Chris Kentis’s first foray into terror is unerringly realistic and, therefore, deeply disturbing. From the true events that inspired it to one unreasonably recognizable married couple, from superbly accurate dialog to actual sharks, Open Water’s greatest strength is its unsettling authenticity. Every element benefits from Chris Kentis’s control of the project. Writer, director, cinematographer, and editor, Kentis clarifies his conception for this relentless film, and it is devastating.

Kentis boasts not just an ear for realistic dialogue and an ability to draw authentic performances. He’s even better at framing shots.

Susan and Daniel have been adrift for hours, and they’ve dozed off. Susan wakens suddenly. Something has bumped her from below. It’s unclear whether she realizes what woke her, just that she’s awake now and her husband is not nearby. She panics, begins calling him. Her terror, heartache, panic are very real and moving. But we know more than she does. Because, while she calls out, Kentis’s camera pans to an aerial image showing clearly what woke Susan, and the whole population of predator in the world immediately below Susan and her husband. Very quietly, it’s among the scariest scenes in horror cinema.