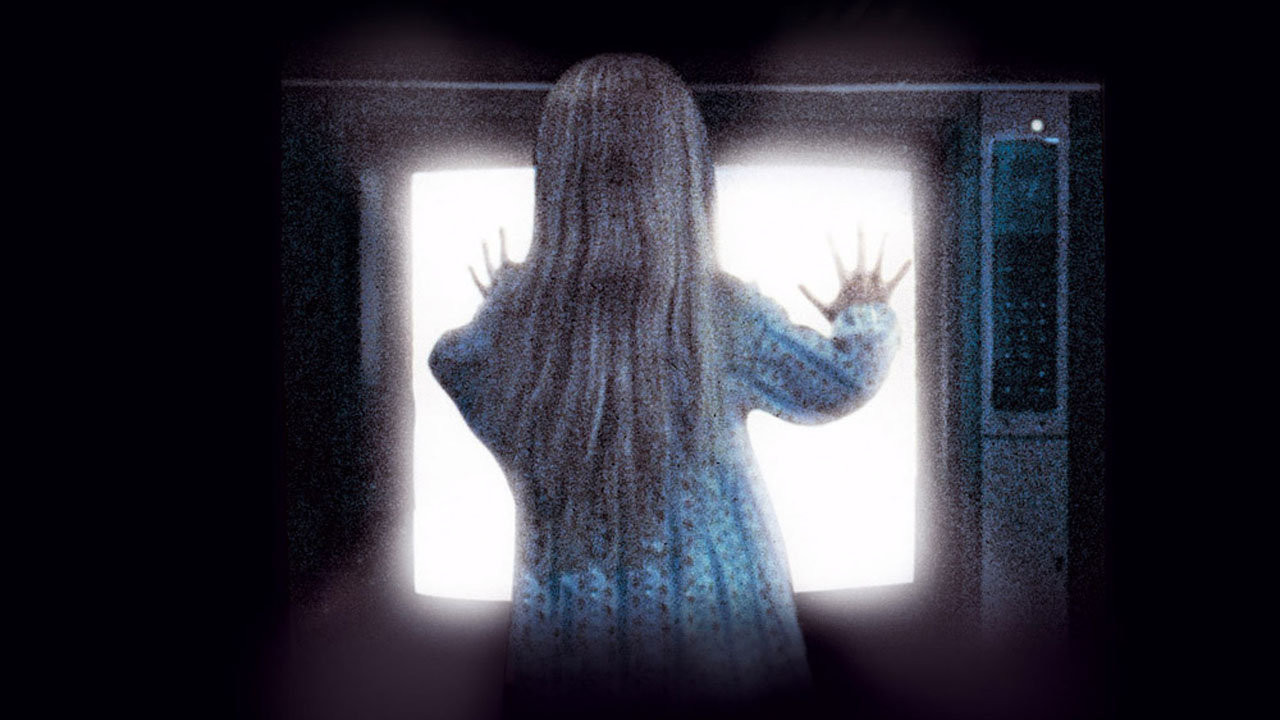 Come back to a time when TV stations went off the air late at night, after running the national anthem. Yes, it’s the early Eighties, an era that delivered Poltergeist, spawn of the dissonant marriage between Steven Spielberg and Texas Chainsaw Massacre’s Tobe Hooper.

Their aggressive take on the haunted house tale wraps Hooper’s potent horrors inside Spielberg’s brightly lit suburbia. Indeed, the put-upon Freeling family lives in a little California neighborhood, Cuesta Verde, that bears a striking cul-de-sac-riddled resemblance to the development where Elliot and his outer space buddy once rode bikes. In both of Spielberg’s ’82 films, the charade of suburban peace is disrupted by a supernatural presence. In E.T., though, there’s less face tearing.

That particular scene, where paranormal researcher Marty (Martin Casella) watches in the mirror as his hands rip the flesh from his skull, caused quite a stir when the film was released. Today it looks a bit goofy, but overall, Poltergeist still packs a real wallop.

Part of that success emerged from pairing universal childhood fears – clowns, thunderstorms, that creepy tree – with the adult terror of helplessness in the face of your own child’s peril. JoBeth Williams’s performance of vulnerable optimism gives the film a heartbeat, and the unreasonably adorable Heather O’Rourke creeps us out while tugging our heartstrings.

Splashy effects, excellent casting, Spielberg’s heart and Hooper’s gut combine to create a flick that holds up. Solid performances and the pacing of a blockbuster provide the film a respectable thrill, but Hooper’s disturbing imagination guarantees some lingering jitters.