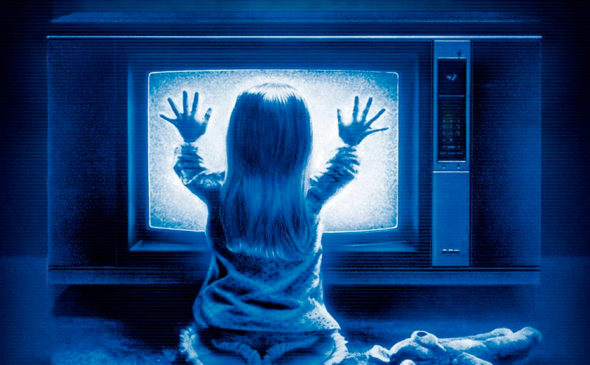 The film community lost another of its greats, and we want to celebrate the wonderful and the weirdly watchable of Tobe Hooper.

Hooper’s ability to pervert social expectations, his unsurpassed gift for creating terrifying atmospheres among America’s backwoodsfolk, and his nonchalantly visceral presentation made every film an experience worth attempting. Not every one paid off, but those that did left a nasty mark.

We open on a backwoods Florida whore house. A bewigged young pro loudly protests the request of her new customer, Robert Englund, who plays a hillbilly who prefers backdoor action. She’s cast out of the cathouse with nowhere to go and nothing to do with that ridiculous wig, until kindly maid Ruby (Betty Cole, wardrobed in a traditional maid’s uniform because hookers are such sticklers about the way their help looks) offers her a stack of cash so she can afford a room at the nearby motel.

Unfortunately, the guy who runs that motel is a sadistic pervert who feeds his problematic borders to the gator out back.

Hooper’s follow up to The Texas Chainsaw Massacre is a lurid affair once again focused on delicious interlopers who misunderstand the customs of the locals.

Eaten Alive tries more openly at humor, mostly failing to find laughs (other than the ironic sort) but succeeding in creating an unsettling atmosphere for the carnage. It’s a B-movie, the kind that screams for a drive-in theater and a tub of greasy popcorn, but there is a time and a place for those movies, too.

Mathilda May sure is naked. She plays one of three aliens saved from an otherwise decimated space ship found hiding in the tail of Halley’s Comet by European astronauts. Mysteriously, that European ship meets its own disaster before safely dropping off the three aliens on earth.

But wait! Don’t open her case!!

Of course they open her case, and she and her two henchmen begin sucking the life force from all they can find, creating their own kind of Brit zombipocalypse in one of the film’s nuttiest and greatest scenes.

The movie is a mess that lacks any hint of the characteristic Tobe Hooper vision, but it is more than peculiar enough to be compelling.

Hooper creates a creepy atmosphere on the Midway with this periodically tense freak show. Double dating teens hit the carnival and decide to spend the night inside the park’s funhouse. What could go wrong?

Well, as would become the norm in every carnival-themed horror film to come, the ride is the secret hideaway of a carny’s deformed and bloodthirsty offspring. He hides his misfortune beneath a Frankenstein mask, but he can’t contain his violent rage when teased. (Not that it’s ever wise to pick on a premature ejaculator, particularly in a horror film.)

Sure, The Funhouse follows all the protocol of a slasher set inside an amusement park, and is, for that reason, somewhat predictable. Still, Hooper delivers pretty well. He develops a genre-appropriate seediness among the carnies, as well as an unwholesome atmosphere. He also pays open homage to the genre throughout the picture. (As a way of paying him back, the genre would rip off this film for years to come – most blatantly in 2006’s Dark Ride.)

It’s hard not to find Hooper’s post-Texas Chainsaw Massacre films lacking. This one’s no masterpiece, but it is a tidy, garish, claustrophobic and unsettling piece of indie filmmaking.

This aggressive take on the haunted house tale wraps Hooper’s potent horrors inside producer Steven Spielberg’s brightly lit suburbia. In both of Spielberg’s ’82 films, the charade of suburban peace is disrupted by a supernatural presence. In E.T., though, there’s less face tearing.

Part of Poltergeist’s success emerged from pairing universal childhood fears – clowns, thunderstorms, that creepy tree – with the adult terror of helplessness in the face of your own child’s peril. JoBeth Williams’s performance of vulnerable optimism gives the film a heartbeat, and the unreasonably adorable Heather O’Rourke creeps us out while tugging our heartstrings.

Splashy effects, excellent casting, Spielberg’s heart and Hooper’s gut combine to create a flick that holds up. Solid performances and the pacing of a blockbuster provide the film a respectable thrill, but Hooper’s disturbing imagination guarantees some lingering jitters.

He dashes your expectations, making you uncomfortable, as if you have no idea what you could be in for. As if, in watching this film, you yourself are in more danger than you’d predicted.