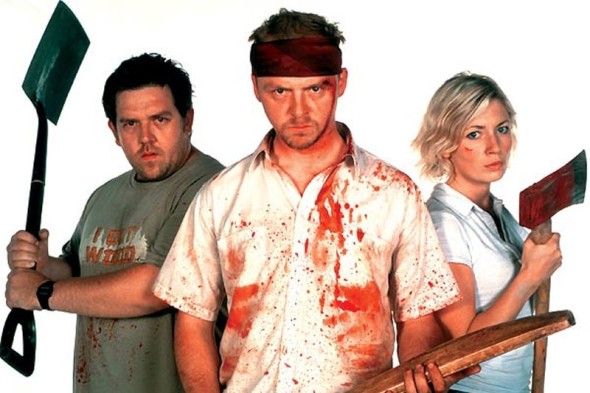 After last week’s look at the most horrific scenes in horror, we needed something light. Today we celebrate the great, rich tradition of mixing horror and comedy, whether slapstick or splatter, dark and dry or red and wet, these are the best of a wonderful sub-genre.

Funny and scary, smartly written and confidently directed, this is a film that makes few missteps and thoroughly entertains from beginning to end.

An inspired Morgana O’Reilly plays Kylie, a bit of a bad seed who’s been remanded to house arrest and her mother’s custody after a bit of bad luck involving an ATM and a boyfriend who’s not too accurate with a sledge hammer. Unfortunately, the old homestead, it seems, is haunted. Almost against her will, she, her hilariously chatty mum (Rima Te Wiata) and her deeply endearing probation officer (Glen-Paul Waru) try to puzzle out the murder mystery at the heart of the haunting. Lunacy follows.

Good horror comedies are hard to come by, but writer/director Gerard Johnstone manages the tonal shifts magnificently. You’re nervous, you’re scared, you’re laughing, you’re hiding your face, you’re screaming – sometimes all at once. And everything leads up to a third act that couldn’t deliver better.

But that’s just the point, of course. Making his directorial debut, Drew Goddard, along with his co-scribe Joss Whedon, is going to use that preexisting knowledge to entertain holy hell out of you.

The duo’s nimble screenplay offers a spot-on deconstruction of horror tropes as well as a joyous celebration of the genre. Aided by exquisite casting – particularly the gloriously deadpan Richard Jenkins and Bradley Whitford – the filmmakers create something truly special.

This is a hard movie not to like. Writer/director Edgar Wright teams with writer/star Simon Pegg to lovingly mock the slacker generation, 80s pop, and George Romero with this riotous flesh eating romance. But what is easy to overlook is the genuine craftsmanship that went into making this picture.

Every frame of every scene is so perfectly timed – pauses in conversation synchronized with seemingly random snippets of other conversations, or juke box songs, or bits from the tele. (The movie will turn you British. By the end you’ll be saying holiday instead of vacation, spelling colour with a u and saying, “How’s that for a slice of fried gold?” even though you don’t really know what that means.)

Writer/director James Gunn took the best parts of B-movie Night of the Creeps and Cronenberg’s They Came from Within, mashing the pieces into the exquisitely funny, gross, and terrifying Slither. The film is equal parts silly and smart, grotesque and endearing, original and homage. More importantly, it’s just plain awesome.

Consistently funny, endlessly quotable, cleverly written, well-paced, tense and scary and gross – Slither has it all.

In fact, it’s the perfect movie to see in a big, screaming group – some come join us Wednesday, 7/8 as we screen it at Fright Club Live! Join us at 8pm/6:30 for happy hour and prizes, at the Gateway Film Center in Columbus, OH.

Listen to the whole conversation on the FRIGHT CLUB podcast!

← Villain Wanted
Welcome to the Neighborhood →
Scroll Up