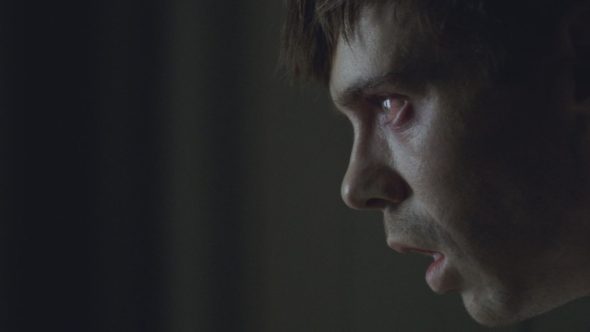 David Freyne’s new Irish horror, The Cured, pushes the epidemic/ostracism angle to create xenophobic and racist parallels, as well as flashes of the kind of contagion-phobic hatred the AIDS epidemic met with. And Freyne does so without losing sight of a compelling, sometimes punishing story.

The Dublin of the not-so-distant future is home to the world’s most cataclysmic outbreak of the MAZE virus—a 28 Days Later kind of thing.

Senan (Sam Keeley) is among the stricken. Along with thousands of his countrymen, Senan has spent the last several years a zombie of sorts—a mindless, cannibalistic killing machine.

And though a cure has been found—relieving 75% of the infected—returning to a society proves difficult because the cured can remember their beastly behavior. So can the uninfected.

Plus, there is still that tricky question of what to do with the other 25%, “the incurable.”

Ellen Page (who also executive produces) co-stars as Senan’s widowed sister-in-law, and becomes  our window into what humanity may be left in humanity.

For a world in chaos (ours, not that of the movie), zombies offer a simple way to contend with the unimaginable: racism being celebrated at the highest offices, child molestation being excused when it’s politically convenient, Nazis being labeled good guys. For Freyne, publicly sanctioned fear and hatred leads first to oppression and then to uprising.

His set decoration echoes WWII-era propaganda as his characters struggle with shame, disenfranchisement, and righteous indignation. Keely’s deeply human performance remains focused on overcoming, but it’s the unnerving turn by Tom Vaughan-Lawlor that makes this film a keeper.

A barrister with political aspirations before the outbreak, Vaughan-Lawlor’s Conor proves a natural to lead a revolution. But what feels at first like an imbalance between entitlement and outrage slowly blossoms into something impressively fiendish.

There are two concerns with The Cured. 1) By horror standards, it’s a sociopolitical drama. 2) By the time it decides to become a horror movie, any hint of novelty or originality vanishes.

But don’t discount it. The Cured is smart and relevant. It doesn’t leave you guessing and won’t satisfy your bloodlust, but there is something satisfying in knowing that the ugliness and chaos of the day has not gone unnoticed.