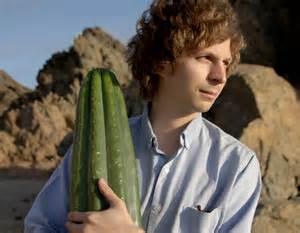 Who wants some drugs for New DVD/BluRay Tuesday? Michael Cera does, that’s who – the filthy skank! – and you’re invited on his road trip to Chilean cactus juice, Crystal Fairy and the Magic Cactus. This almost-unseen movie is a loosely scripted, casually filmed gem of a travel picture that reminds you how much you wanted to smack half the carload the last time you made a road trip. Subversive, familiar and surprising all at once, this well-observed comedy is worth checking out.

Hankerin’ for another dose of Cera’s manliness? If you haven’t seen Scott Pilgrim vs. The World, you must. Scott (Cera) has a big crush, but he must defeat her seven evil exes, elude his weirdly young current girlfriend, and navigate the path to fame with his band Sex Bob-Omb (they’re “here to make you think about death and get sad and stuff!”) It’s a film about baggage, and it’s the most fun video game style movie ever.