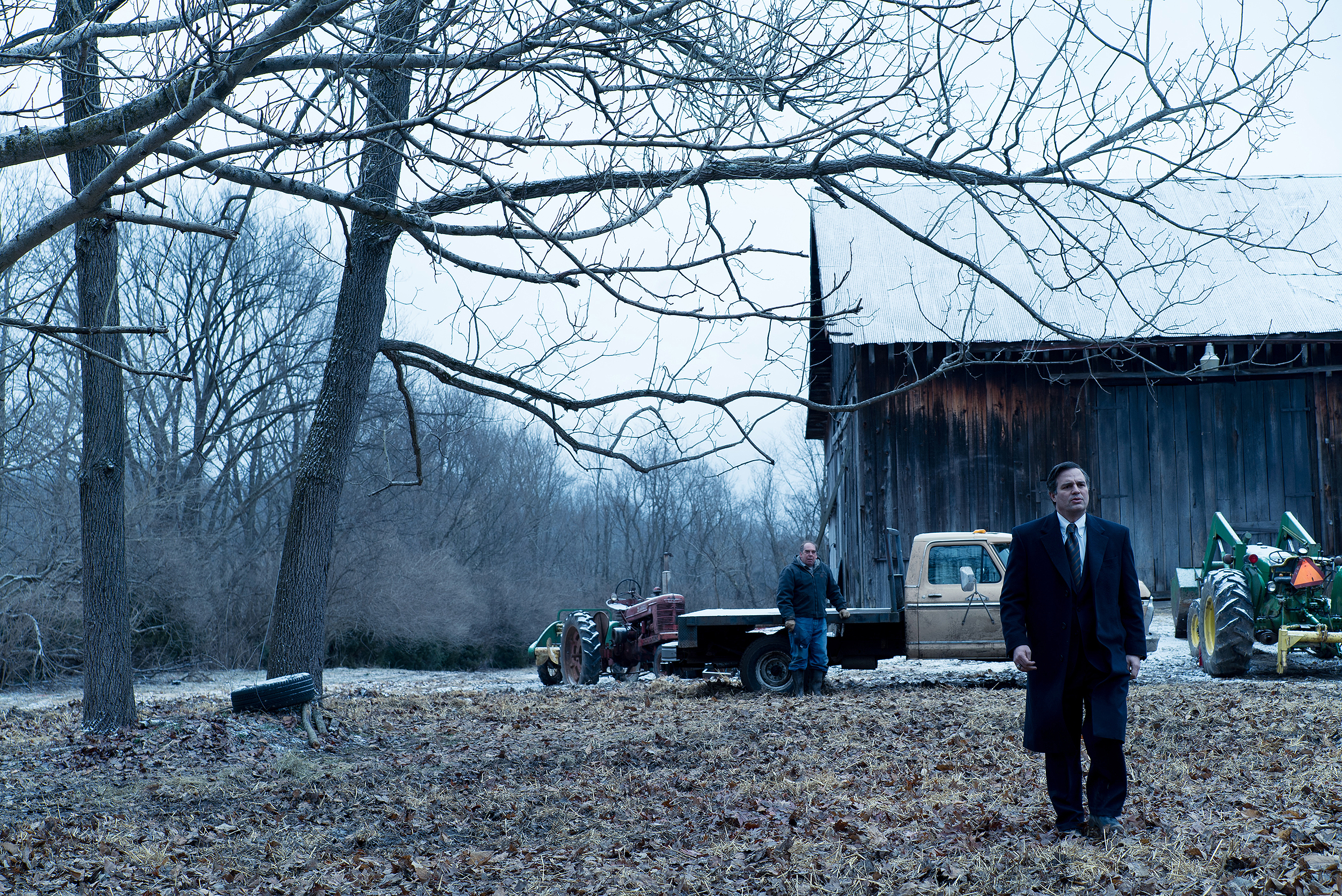 Todd Haynes hasn’t written one of his own films since 2007’s I’m Not There, a biopic that refuses to fit neatly into that genre (making it a perfect fit for its subject).

The director’s collaboration with other writers has been both sublime (Carol) and spotty (Wonderstruck), the content sometimes feeling as if it simply is a mismatch for his own often gorgeously subversive vision.

So, yes, it’s a bit of a shock to witness the filmmaker who depicted Karen Carpenter’s battle with anorexia via Barbie dolls (Superstar: The Karen Carpenter Story) tackle the blue collar true story of a corporate defense attorney who grows a conscience and hits DuPont Chemical where it hurts the most.

Shooting again in southern and central Ohio, Haynes turns in the buttery glamour of Carol for a grimmer image of America.

Dark Waters sees Mark Ruffalo as Robert Bilott, a good guy who also happens to be a corporate lawyer. I guess he’s proof those two concepts need not be mutually exclusive.

A keep-your-head-down kind of colleague, Bilott is confronted at work by a friend of his grandmother back home, a curmudgeonly West Virgina farmer (Bill Camp) who is offering VHS proof that his cows are being poisoned.

The corporate lawyer in Bilott wants to ignore this problem. The salt-of-the-earth Midwesterner in him cannot.

Few actors play the scrupulous good guy as reliably or believably as Ruffalo, who leads the film with a quiet, fragile dignity.

Anne Hathaway co-stars as Bilott’s conflicted wife Sarah. It’s a small and somewhat thankless role for the Oscar winner, but she gives it some meat and, better still, a much needed edge that strengthens the film.

She’s not alone. William Jackson Harper (Midsommar) continues to prove that he’s really good at playing a dick. Meanwhile, veteran “that guy” Camp offers a perfectly off-putting, guttural performance. A number of other sharp turns in small roles, including those by Tim Robbins, Bill Pullman, Mare Winningham and Victor Garber, help Haynes shade and shadow what could easily have become a paint-by-numbers eco-terror biopic.

He can’t entirely break free, though, and Dark Waters in the end—however stirring, informative and timely the tale—feels far too safe to be a Todd Haynes film.