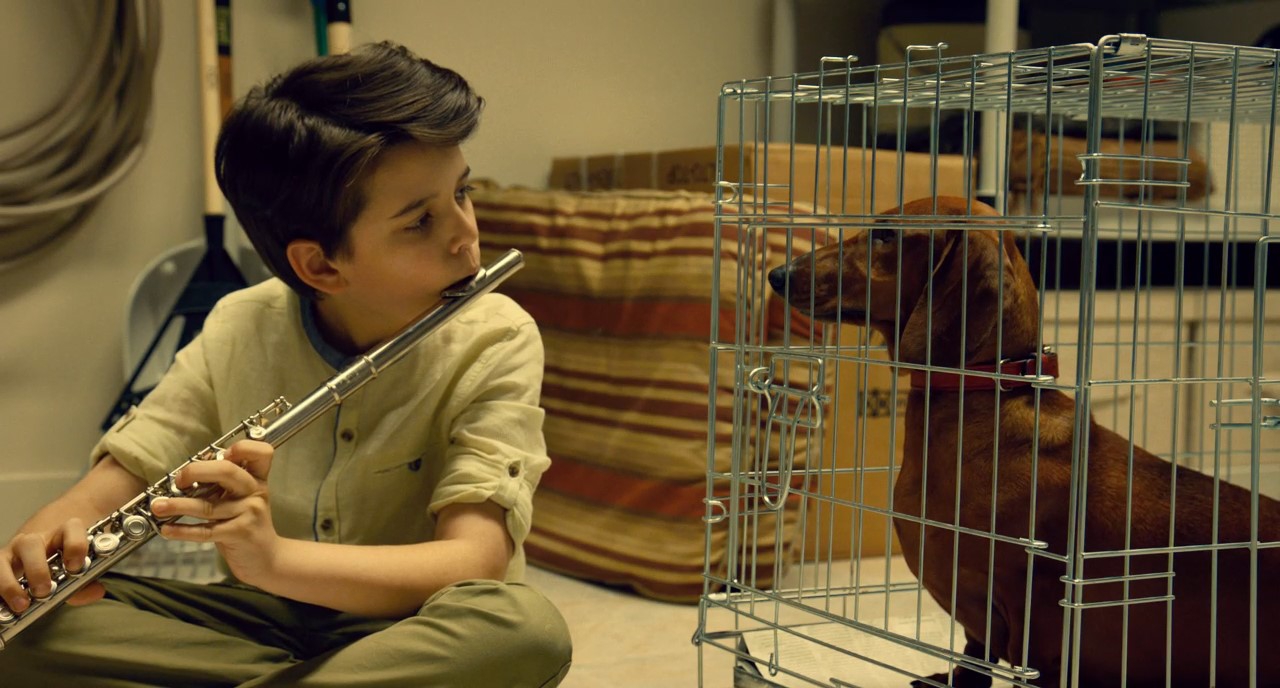 Is this a sequel to Welcome to the Dollhouse? Do we catch up with Dawn Wiener and see how her life has turned out?

Dawn (now played by Greta Gerwig) is just one of the perfectly odd owners of the titular dachshund. From an introverted boy, to Dawn, to a young brother and sister, to a sad sack film school professor (Danny DeVito), and finally to a sick old woman (Ellen Burstyn), the sweet pooch connects vignettes full of Solondz’s bleak, darkly comic worldview.

During the film school segment, DeVito’s Professor Schmerz speaks wistfully of wanting to write his great screenplay, one full of memories, pain, and dreams. And, he says, “I wanted it to be funny.”

That sounds an awful lot like Solondz refusing to apologize for his challenging approach, and good for him. Wiener-Dog is funny, sometimes very funny, and early on you wonder if this film might herald a more hopeful, optimistic Todd.

No, same Todd. Ruminations on death and regret permeate each segment, punctuated by painfully harsh situations and coal black, wince-inducing humor. As the incredibly sweet wiener-dog moves from owner to owner, Solondz reminds us to appreciate all the souls (pets included) that come in and out of our lives, and the effect they each have on our mutually shared journey…because, you know, we’re all headed for the same fate anyway.

Solondz is not for every appetite, but his vision is unique, and this may actually be his most accessible film to date.  With its old school intermission and two musical odes to a canine hero, Wiener-Dog feels almost light-hearted…until it brings you back to a universe full of comic despair.

So enjoy, and good luck getting “The Ballad of Wiener-Dog” out of your head.