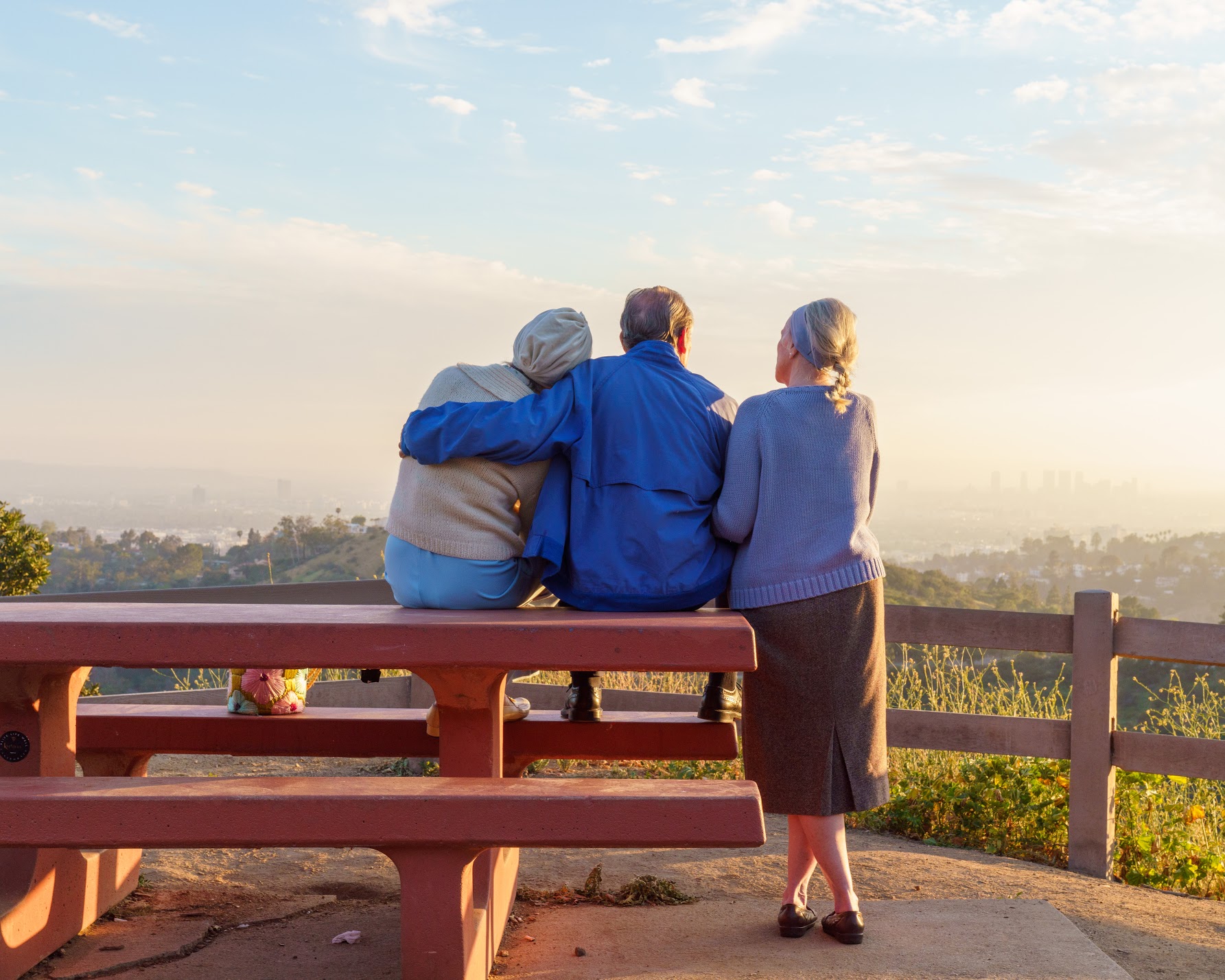 The film is equal parts charming, frustrating and heartbreaking. More importantly, it takes its characters seriously. In an era where veteran actors entertain us via “those crazy old people!” vehicles (watching Diane Keaton become a cheerleader in Poms sapped my will to live), Senior Love Triangle feels gloriously anarchic. The magic of Blatz’s film is that it offers a character study of the sort we simply never see.

Thanks to thoughtful writing and breathtaking performances—neither of which rely for a moment on shorthand—we get to know three unique individuals. William is an irascible, arrogant, 84-year-old charmer. His sophisticated lady love Adina indulges his ego, but when her son has him kicked out of Adina’s posh retirement high rise, William finds himself in a lower-quality establishment.

Not to worry! He’s just finishing a lucrative deal that will set him up so he can buy a mansion and get Adele away from those Nazis in her building. (That is to say, he’s being routinely scammed.) In the meantime, over at his new digs he meets exuberant flirt Jeanie. (Mason’s performance is a particular triumph.)

Blatz, with an incredible assist from Kosofsky’s work, sees the characters’ humanity, their sexuality, their courage and weakness. He sees their loneliness, their vulnerability to outside forces and to each other, their need. These are complicated characters, vibrant and alive.

Senior Love Triangle offers an underseen perspective on aging (the perspective of the aged themselves) without romanticizing. Dangerous misconceptions about masculinity weigh as heavily on their safety and happiness as their own physical deterioration.

The film is a heartbreaker that just does what it wants to do. Just like William.