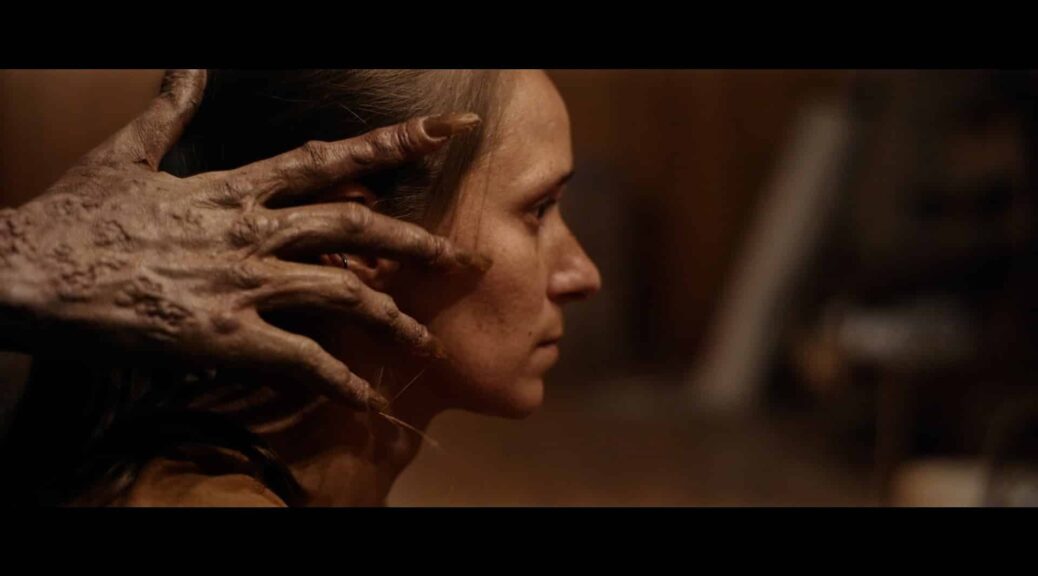 They Wait in the Dark

Writer/director Patrick Rea’s latest opens on a little girl standing and staring at the foot of a bed, her expression blank. In the bed, a woman – the child’s mother, we’ll later learn ­– bleeds out.

It’s an effective way to open a horror film, but the following image is even more provocative. A woman, lean and hollow-eyed, wakes in a little-used corner of a convenience store, a nook where she and a young boy catch some sleep, hopefully unnoticed.

What exactly is happening in They Wait in the Dark?

Rea leaves you guessing for a long while, and even once you think you’ve pieced the plot together, you haven’t. His film is a supernatural psychological drama about the circular trauma of abuse. But the filmmaker toys with your preconceived notions of supernatural horror and domestic thriller tropes, and the sleight of hand is often compelling.

Sarah McGuire is Amy, the mother on the run, making her way with her son to the ramshackle house her father left her. McGuire gives Amy the believable, faraway look of someone haunted. She’s asked to shoulder a lot of internal and emotional shifts. Amy’s motivations are never a given, and McGuire must drive the film while keeping her character mainly a mystery. She succeeds, often because she allows the physical performance to carry the emotional weight of the character.

Though not ever performance in the film is as strong, Rea’s instinct for how and when to introduce creepier elements helps the film overcome most of its weaknesses. The filmmaker never rushes, so when we do see a hand where no hand should be, the impact is felt.

There are some lapses in logic – like why squatting teens would leave empty beer cans and a pentagram behind but would not help themselves to a shotgun. And scenes sometimes linger longer than necessary, the actors looking like they’re spinning their wheels while the film’s slight runtime begins to feel padded.

But thanks to sly maneuvering of genre expectations and a handful of uncomfortable scenes, They Wait in the Dark leaves an impression.