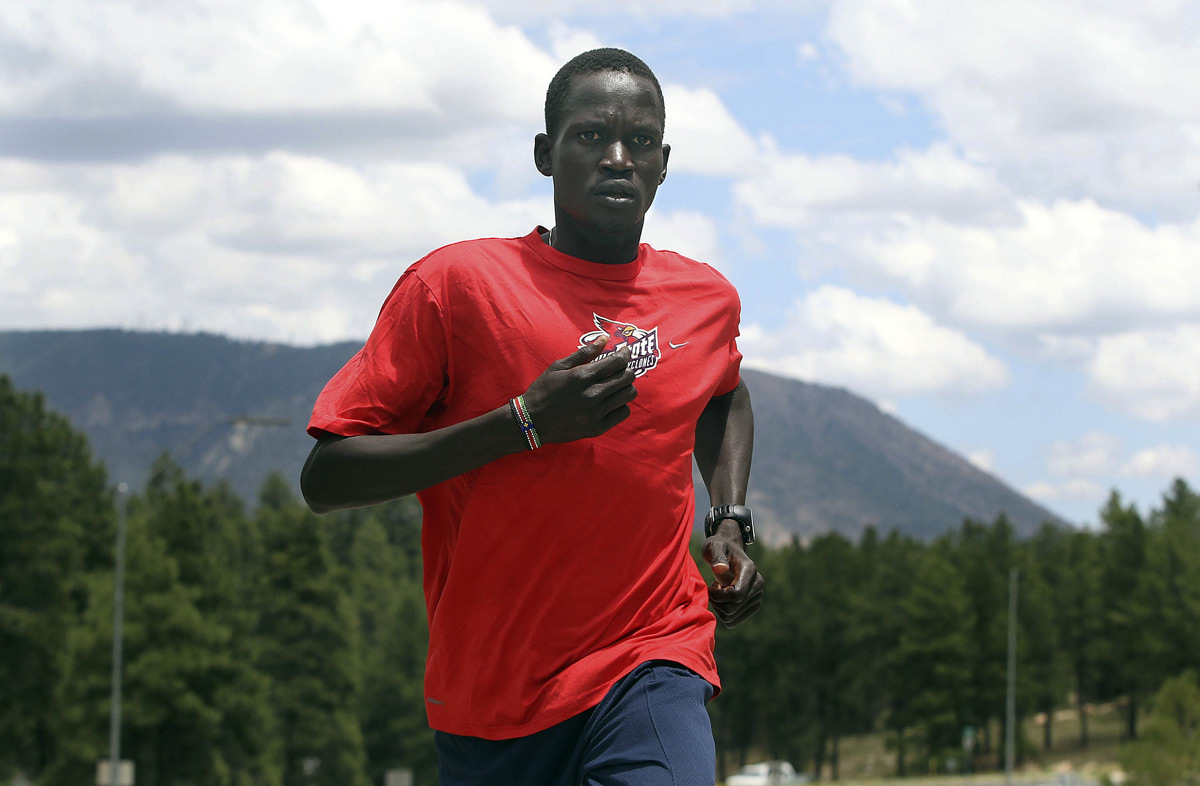 I am basically still on the verge of tears as I write this. Bill Gallagher’s emotional documentary Runner opens with sports coverage of a marathon and slowly zooms in on one man in particular. “Now this particular runner,” says a dorky sportscaster, “has an unbelievable story.”

He doesn’t know the half of it. This is the story of Guor Marial, a Sudanese refugee who went on a journey to become an Olympian.

As a young boy, Marial runs from hardship to hardship, eventually getting separated from his family, and ultimately finding himself in America. It’s wild to hear Marial’s initial confusion at the absurdity of it all, that something he did to survive in Sudan is something westerners do as a sport. Marial hits the high school track field and metamorphosizes. From there we watch the harsh juxtaposition of this high school dream athlete winning medals while simultaneously struggling with the fact that his family members in Sudan are dying.

My reservations about macho corporate sports went out the window as I watched this boy running in the name of his faraway home. It’s also a wonderful thing to see journalists, coaches and politicians (mostly white, privileged Americans) one by one lay down their false crowns in awe before this kid who has gone through actual hell and is using his power to reach for nothing less than the Olympic games.

This is the rare documentary that truly does justice to its incredible hero. It is cinematic to the point where your first reaction might be to think you are watching staged reenactments, but no, this is all real. They have footage of seemingly every moment of Marial’s journey, as well as animation and news footage depicting the hell of war and starvation in Sudan.

Arguably the film’s most emotional moment occurs when Mrial returns to South Sudan to be reunited with his parents, who he has not seen in years. The moment when his mother, who lost so many of her children, collapses to the ground at the sight of her long lost son is one of the most powerful moments I have ever seen captured by a camera.

This is still only the beginning of the story of the first Olympian from South Sudan: a beautifully human story that is about nothing less than what makes us go, what makes us try, and what makes us run.