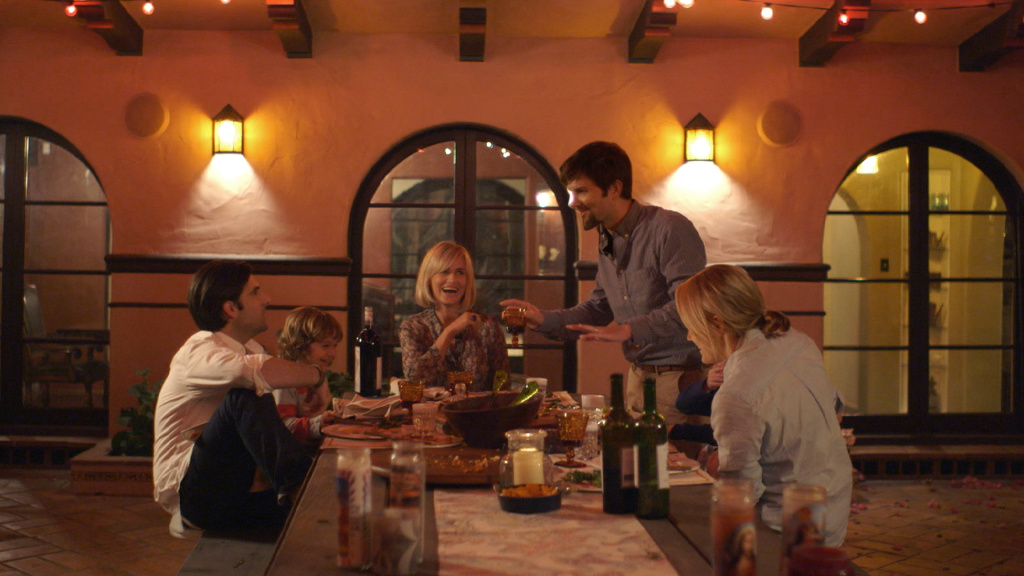 When handled properly, even the slightest premise or most ridiculous behavior can turn into an insightful and moving observation. Such is the case with the frank and uncomfortable sex comedy The Overnight.

Emily and Alex (Taylor Schilling and Adam Scott, respectively) recently relocated from Seattle to LA, and while their youngster RJ has a birthday party to attend that will help him make friends, they are still feeling a little isolated and friendless. That is, until uber-hipster Kurt (Jason Schwartzman) approaches them at the park after his son befriends theirs.

The kids hit it off, the parents hit it off, and Kurt invites the whole gang back to his place for an impromptu pizza party. What could be better? Go spend 24 hours with your neighbors and see how weird it gets.

Schwartzman is spot on perfection, as is often the case, with the smarmy but likeable but maybe creepy but kind of awesome Kurt. Few if any can hit these notes of self-parody caricature and earnest vulnerability quite this well.

Scott, as the tightly wound, trying-too-hard straight man to Schwartzman’s nut is equally impressive. Luckily, it’s not just odd couple schtick the two are after, though. They, as well as Schilling and Judith Godreche, as Kurt’s wife Charlotte, toggle nicely between broad comedy and precise, insightful characterization.

Although you always have the sense of where things are going, there’s a surprise in nearly every scene. Not every one pays off, but most of them land with a laugh and maybe an awkward shudder. Though writer/director Patrick Brice mines the embarrassing situation on a near-Noah Baumbach level, his film is compassionate. He gives his four performers room to breathe, sometimes hold their breath, but they’re able to be mortified and vulnerable simultaneously.

The Overnight is a perceptive if bawdy comedy directed with nuance for laughs and resonance. Brice can’t nail the tone consistently enough, the overarching tale leans too heavily on giddy expectation, and the female characters are not given enough chance to evolve, but that hardly sinks this ship. Schwartzman and Scott are an inspired pairing and the film is a nice, adult minded comedy to offset the summer’s blockbuster glut.