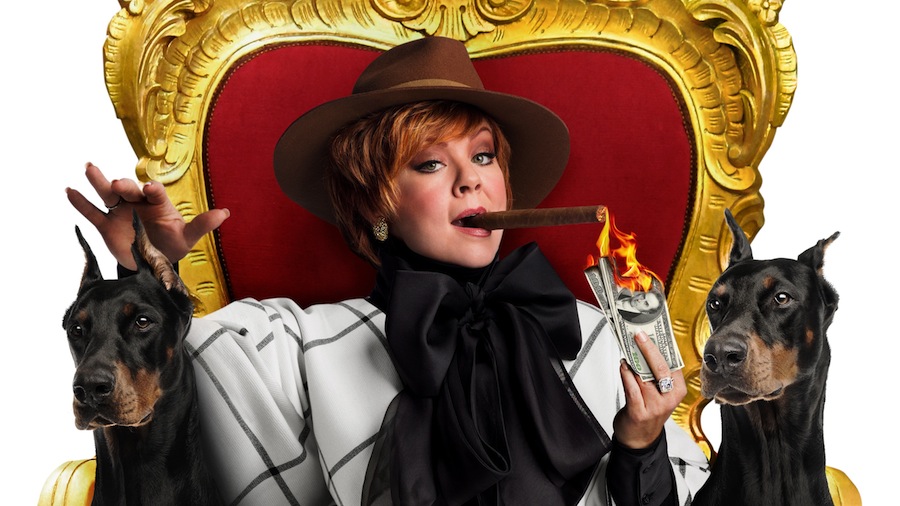 The Boss is a comedic story of one woman’s fall from the top and her struggle to regain her position in the world.

Melissa McCarthy is Michelle Darnell, a high powered executive who writes a brand of self-help books. Her fall comes at the hands of former lover and business rival, Ronald (Peter Dinklage).

Kristen Bell is Michelle’s long suffering assistant, Claire, who is forced to find a new employer when Michelle is incarcerated for insider trading. The early setup foretells the redemption of Michelle, though the ways in which it happens are unpredictable and provide the bulk of the movie’s many jokes.

As a vehicle for Melissa McCarthy, The Boss has a number of laughs. Sharp wit, foul language, and bodily humor combine to offer an appealing repertoire of McCarthy’s talents. However, the movie itself falls flat. The supporting cast is underutilized. Kristen Bell, herself a witty and capable actress, is lackluster against McCarthy. The chemistry is non-existent, and the two characters never seem to foster a believable relationship.

The screenplay doesn’t know what to do with anyone other than McCarthy. Though a decent portion of the film revolves around Bell’s character, her scenes independent of McCarthy are mildly tedious.

Peter Dinklage, another actor with an incredible range of talent, has a woefully small amount of screen time, and though he plays Michelle’s former lover who both hates and still wants her, he has no sexual chemistry or tension with McCarthy. The interaction between the characters frequently feels forced.

The only actor who plays well of off McCarthy’s humor is Cedric Yarbrough, the “yes man” Tito, who appears briefly in the beginning of the film, but sadly, doesn’t return after Michelle’s release from prison.

On the whole, the film is disjointed. What could be a cohesive story of Michelle’s fall and attempted rise back to the top is unfortunately punctuated with scenes that don’t really fit the narrative: a comic book style slow motion fight scene between girls from two warring Girl Scout-like troops, a scene where Michelle has a bad reaction to puffer fish, and others.

Despite the movie’s flaws, it’s not without appeal. Ella Anderson who plays Claire’s daughter, Rachel, is a delightful foil to Michelle’s brash and sarcastic nature. Her emotions based on Michelle’s actions come across as genuine. Her joys and pains are felt by the audience. McCarthy’s humor and flair carries the film in places where in another’s hands it might suffer.

It’s a shame so many of the other characters are without appeal, as The Boss could have been a much stronger comedy.