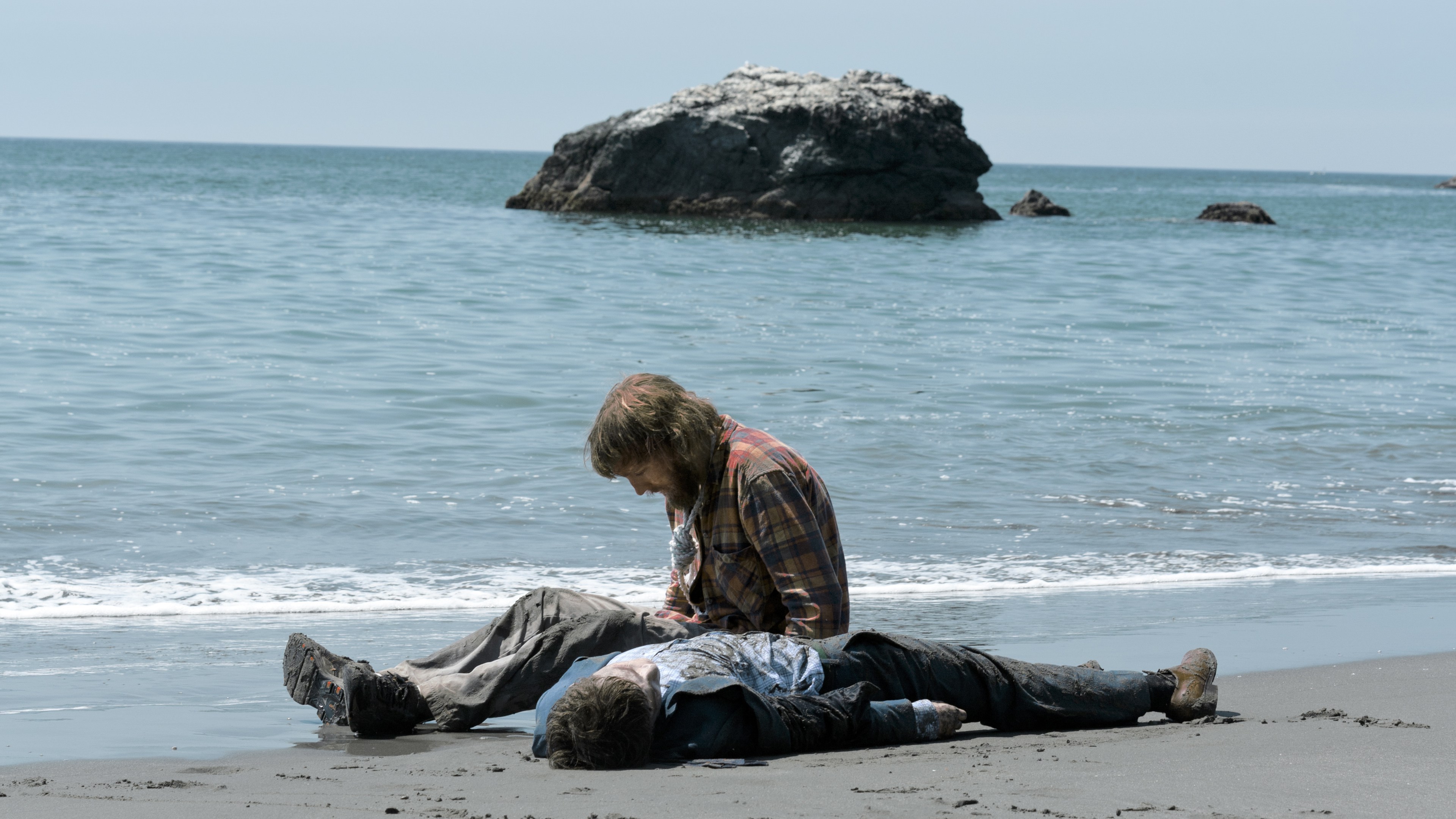 Makeshift toy boats drift out to sea, carrying cries for help ranging from “I don’t want to die alone” to “I’m so bored.” Swiss Army Man sets its off-kilter tone early, and then things get weird. Fart-powered motor boat weird.

Hank (Paul Dano) is stranded alone on a deserted island, quite literally at the end of his rope. While contemplating his end, he spies a body (Daniel Radcliffe) in the surf and suddenly, Hank has a new friend. His name is Manny, and he’s dead.

Turns out Manny has plenty of uses (like the fart-powered motor boat thing) and before long the stranded pair is singing songs, putting on shows, and ruminating on reasons to live.

In their feature debut, the writer/director team of Dan Kwan and Daniel Scheinert (aka “Daniels”) crafts a wild, imaginative odyssey alive with color and wonderful set pieces. Swiss Army Man has abundant charm, occasional hilarity and a few moments of magic, but the Daniels directing vision is always two steps ahead of their scriptwriting depth.

Excessively revelatory music heralds layers of resonance that never come, and we settle instead for warmed over sentiments about disconnection and vulnerability. The approach is often just too cute for its own good, the Daniels seemingly confident their earnest outlandishness will win you over.

This is a film that will tweak your curiosity as often as it tests your patience, and the Birdman-style ending may leave you struggling to come up with any reaction other than “that was weird,” but you will be entertained.

Dano and Radcliffe complement each other well, both delivering committed performances that turn Hank and Manny into some sort of bizarro Don Quixote and Sancho Panza.

Sure, Swiss Army Man chases too many windmills, but I’m still anxious to see what Daniels might come up with next.