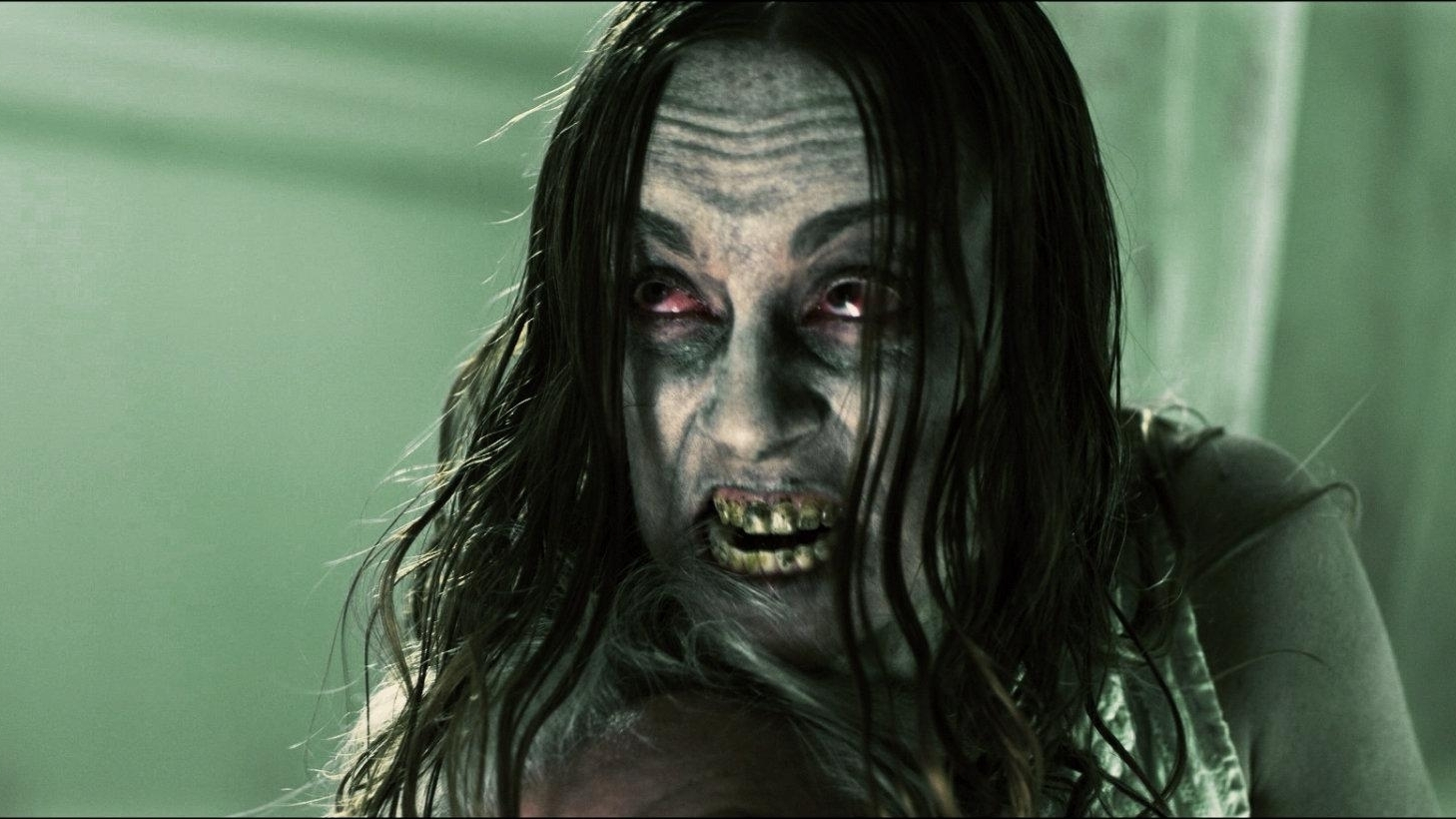 My husband is a wimp this time of year.  Horror movie images lodge in his brain and after watching the one he deigns to view per season, lights are left burning around the house at bedtime, sometimes for weeks. But he could totally take watching Asmodexia.

Screening at the Gateway for their Nightmares on High series on October 17th, this Spanish-language, English-subtitled move tells the tale of 15 year-old- Alba (Clàudia Pons) and her pastor grandpa, Eloy (Lluís Marco). They travel the Barcelona environs as partners in exorcism, counting down to Resurrection Day—which happens to coincide with the end of the Mayan calendar (remember that?).

Along the way, they make pit stops to kick a few squatting souls out of little girls, car-crash victims, and rat-eating dead ladies. You know, anything to kill some time.

As the days count down, the duo are tailed by a cop and shadowed by a hooded figure driving a black van. The story is intercut with events at a Barcelona mental asylum where the inmates and staff are catching possession like it’s ebola.

Everyone in the movie seems to be connected with Alba and Eloy and throughout the film the audience is presented with snippets from the past. Kinda Lost meets the Exorcist.

Like Lost, the ending will probably be a bit meh for some. But you can safely view it with the squeamish. There are only a few scenes where they will have to avert their eyes.