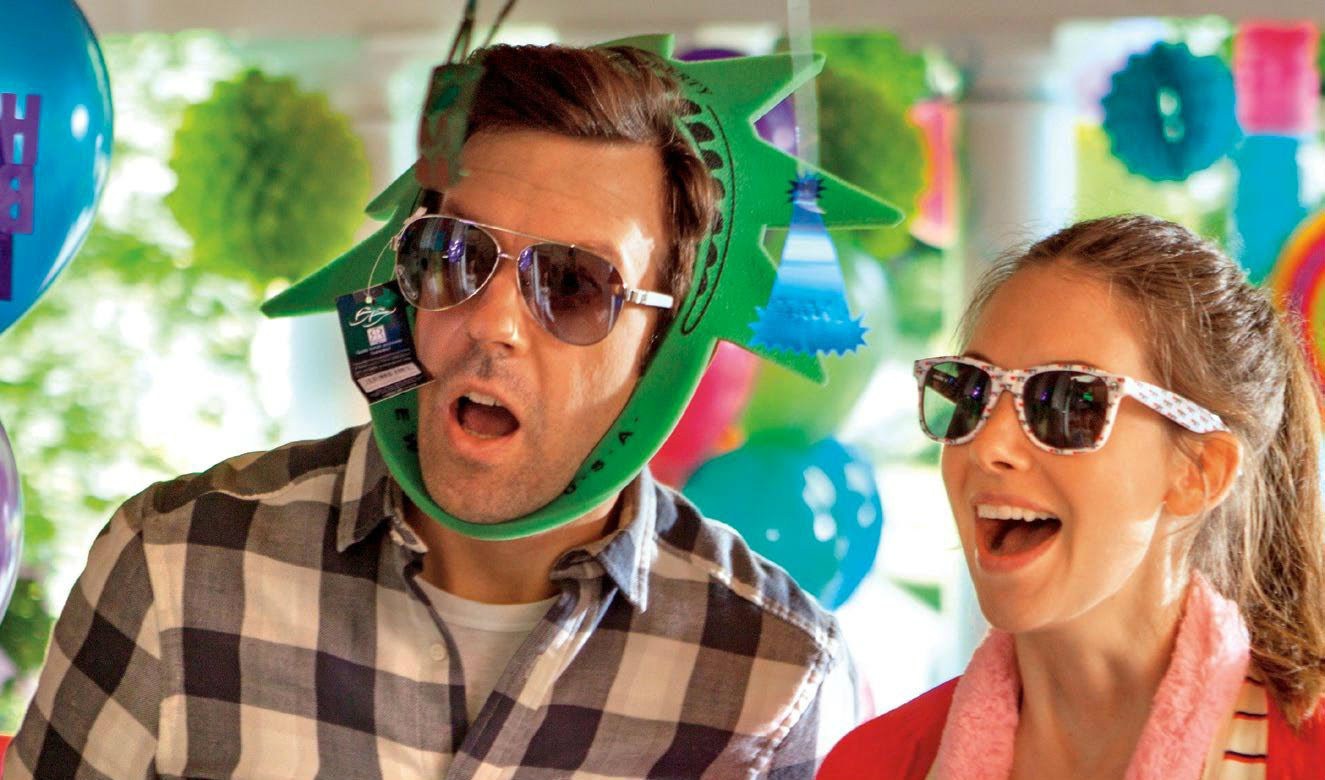 Sleeping with Other People

The latest rom-com to follow in the footsteps of 1989’s classic When Harry Met Sally is Leslye Headland’s Sleeping with Other People (which was originally pitched as “When Harry Met Sally for Assholes.” It also examines the question of whether heterosexual men and women can be friends.

Like When Harry Met Sally, SWOP starts with a relatively unrealistic flashback scene to college days where unfortunate period clothing choices and bad bangs are supposed to provide sufficient suspension of disbelief for us to see two folks knocking on middle age as dorm inhabitants. Here we meet our romantic leads, Lainey (Alison Brie) and Jake (Jason Sudeikis), two old virgins aching to give it up. He’s waiting for the right person. She’s been scorned by her person. They decide to bone each other.

Flash forward 12 years and Lainey and Jake meet for the second time at a sex addicts meeting. He, having been abandoned by Lainey after one night, only sleeps with women he is comfortable being left by. She’s still addicted to the love of the dude who rejected her in college and is furtively banging him.

Jake and Lainey rekindle their collegiate spark, but because of their issues, decide to keep things platonic, employing a safe word whenever the sex part rears its head. Of course, things get complicated.

The raunch helps balance out the more saccharine moments. The casting helps as well. Natasha Lyonne (Orange is the New Black) is great, if somewhat underutilized, as Lainey’s gay best friend. Andrea Savage (Dinner for Schmucks) and Jason Mantzoukas (Neighbors) shine as the cool married couple with kids. Billy Eichner (Difficult People/Parks and Recreation) has an amazing little monologue as a sex addict. The only thing really missing is LeBron, who I believe should now be contractually obligated to appear at least once in every rom-com.

Brie and Sudeikis also really work. Their chemistry is believable and they pull off both the smutty repartee and the longing equally well.

Stick around for the end credits.