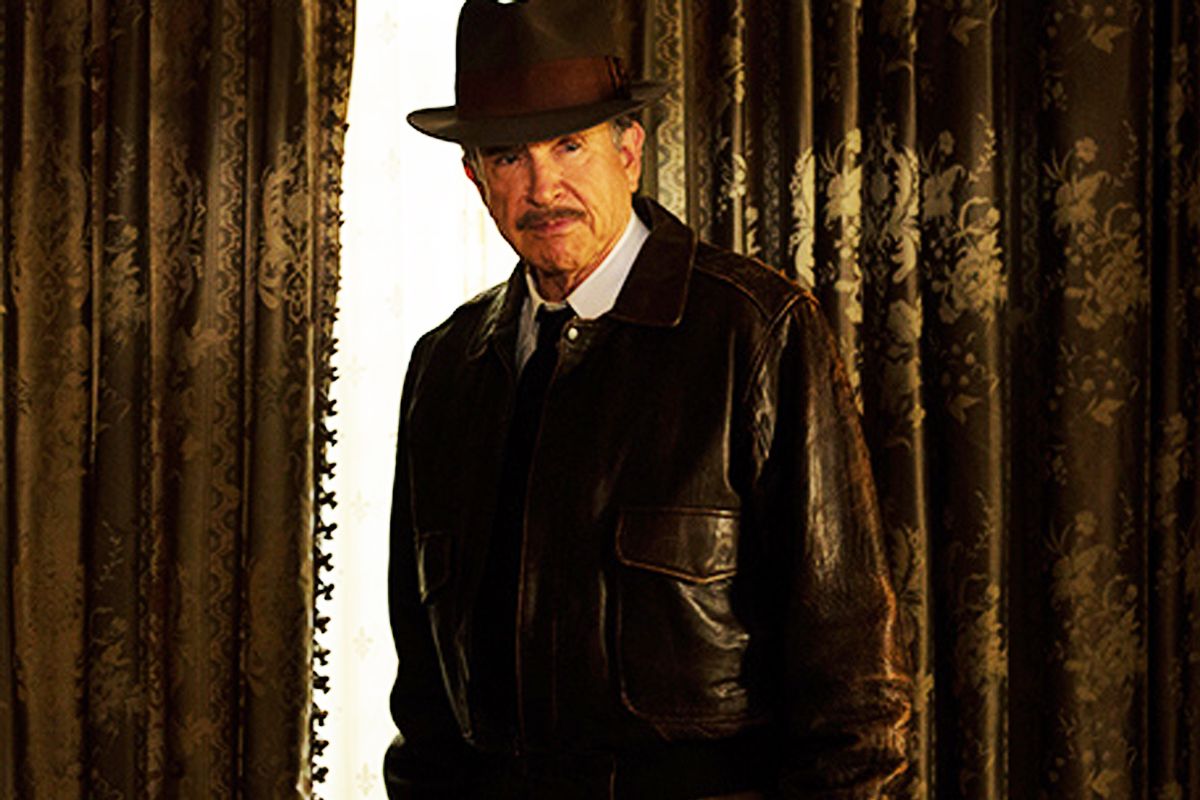 Warren Beatty is back behind the camera for his fifth feature film in almost as many decades. Rules Don’t Apply, also co-written and co-produced by Beatty, follows the lives of Hollywood newcomers Frank Forbes (Alden Ehrenreich) and Marla Mabrey (Lily Collins), each depending on the graces of billionaire Howard Hughes (Beatty) for their big breaks—Marla as an aspiring actress, Frank as a budding businessman.

When Frank gets assigned as Marla’s designated driver for the film studio, the two quickly bond over their shared determination to make it in a world where they both feel like outsiders stifled by tradition.

Hughes looms large over Frank and Marla’s courtship, although he doesn’t make an entrance until midway through the movie. Instead, his admired (and feared) presence hangs over everything with a Godot-like intensity that leaves Frank, Marla and everyone else in Hughes’s orbit to make what lives they can for themselves while longing for greater meaning.

The eventual appearance of Hughes complicates Frank and Marla’s awkward romance. And it certainly complicates our impression of the mogul. If the Hughes in Martin Scorsese’s The Aviator is one of tragedy, Beatty’s take leans closer to farce.

Beatty is still fascinating onscreen, and he grounds the tics and insecurities of the mentally deteriorating Hughes in warmth rather than gimmickry. But he never fully commits to whether Hughes—and by extension, his effect on the characters around him—is a kooky uncle or something more sinister.

Frank and Marla are the would-be heroes of a lush Old Hollywood comedy, but Hughes is always there to stalk their happily ever after. Contemporary filmmakers have mined the underbelly of the 1950s and ‘60s for Gothic horror that lies beneath, but it’s disconcerting to see stray flashes of this breaking into an otherwise straightforward homage to the period. (Cue off-camera singing of the on-the-nose title song, “The Rules Don’t Apply.”)

Like the elusive Hughes, Rules Don’t Apply is a maddening film to pin down. It’s not a biopic, but there’s plenty of historical nostalgia for a bygone Hollywood that Beatty himself helped revolutionize in the late 1960s. And while there’s plenty to loathe about the old system—as Hughes flunky Levar Mathis (Matthew Broderick) is there to remind us—it all feels more like an elegy than a satire.

Beatty includes the Spruce Goose as part of an impressionistic, ahistorical timeline, seemingly as a dare to invite the comparison. All the moving pieces of Rules Don’t Apply manage to achieve liftoff, if barely. The film should have collapsed under the weight of its own eccentricity… and yet. There’s also a sweetness there, a lightness that propels the romantic leads toward a satisfying ending that would make Old Hollywood heavyweights like Sturges or Lubitsch proud.