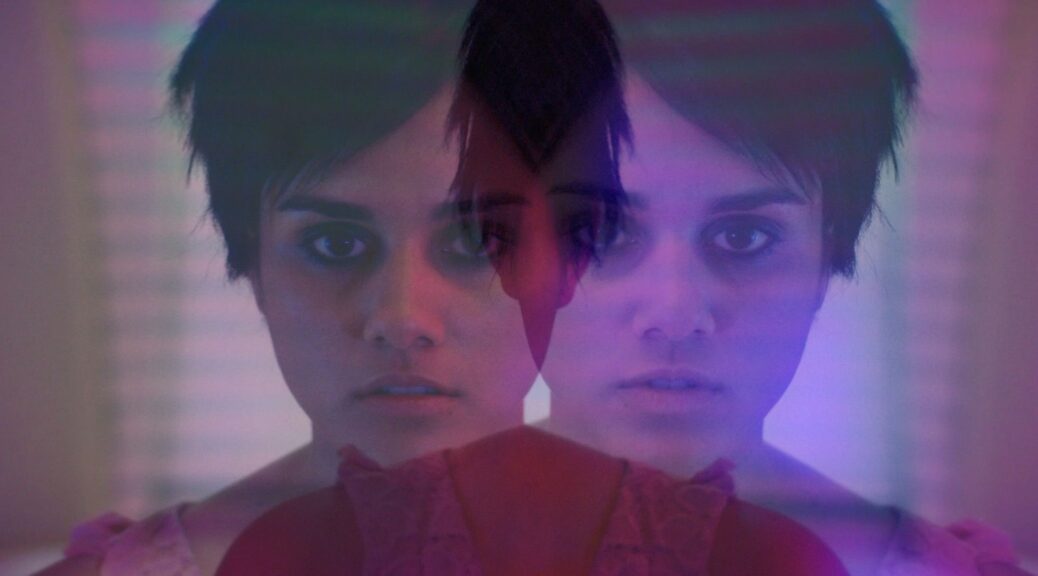 Though at the time I was a bit younger than Acid Test’s main character, Jenny (Juliana Destefano), I still remember 1992 and 1993 quite well. So, it’s with some authority that I can attest that writer/director Jennifer Waldo’s coming-of-age film feels straight out of the early 90s. I even had the same haircut.

As Jenny turns 18, on the eve of the Clinton/Bush/Perot presidential election, she begins to question her goals and direction in life. Everything has been ironed out for her by her domineering father (Brian Thornton) and acquiescent mother (Mia Ruiz). The film begins with her college interview at Harvard, an ambition she’s carried for many years.

But after a few Riot Grrrl concerts that she attends with best friend Drea (Mai Le), Jenny starts to wonder: who exactly is in charge of her future? Is the dream of Harvard hers, or her father’s?

It’s not uncommon for adolescents to start seeing their parents with new eyes as they grow older. Jenny especially views her father in a harsher light, questioning his role in the family’s life. Were the choices her mother made of her own volition or because that’s what was chosen for her?

Destefano plays the rebellious teenager well. She convincingly skirts the line between obedient, loving daughter and a young woman trying to figure out her path in life. As her parents, Thornton and Ruiz play well against her.

Adolescence is often a time when parents and children start to clash, and Waldo navigates these waters with ease. This is a family with love for each other, but once you start to see your parents for who they really are, it’s impossible to go back.

As Jenny spins farther out of her parents’ orbit, she experiences many of the things that other young people do – falling in love (or possibly just lust), experimenting with drugs, choosing a path forward from childhood to adulthood. A particularly memorable scene lets us know that along with her father’s forceful nature, Mom isn’t shy about laying on the guilt.

It’s a tough situation for any teenager, but Jenny does it with insight and a great soundtrack backing her up. Though she doesn’t have all the answers, what she does have is knowledge. Her future is her own – and we get to watch her wake up.