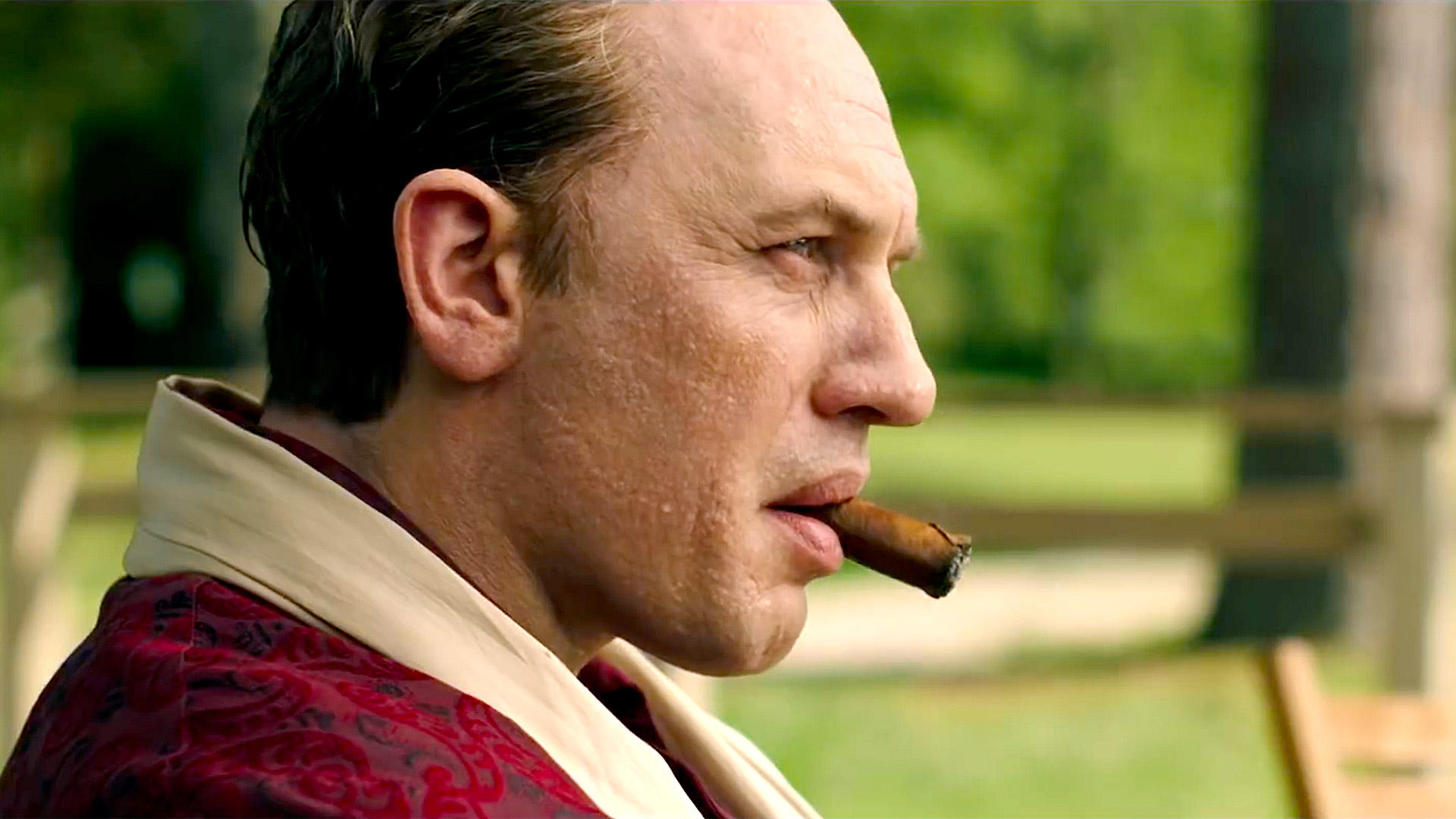 What a nutty idea.

There are moments, especially early in the film, where Hardy and Trank seem to be conjuring Vito Corleone (Hardy has always carried the same dangerous charisma of Brando, anyway). But it doesn’t take long before the role defines itself as something we truly have not seen before.

The film focuses on the final year of the infamous mobster’s life—the adult diapers and dementia year. He’s served his prison term for tax evasion, the syphilis he contracted in his youth has taken its toll on his mind and body, and his money is quickly evaporating.

Trank’s loose narrative is less concerned with the scheming, criss-crossing and backstabbing from underlings trying to find the money than it is with Capone’s deterioration, and that’s what makes this film so gloriously odd.

There is a grotesque humor underlying many of these scenes. Trank doesn’t ask you to sympathize with this notorious villain, nor does he revel in his decrepitude. But he definitely explores it, and that’s a brave decision. Many a mobster film fanatic will be annoyed by this glimpse into the post-badass years, but defying expectations is something Capone does early and often.

If Trank doesn’t trade in sympathy, we can still expect Hardy to generate empathy. As is characteristic of every performance in his career, Tom Hardy finds the faulty humanity in this character. His depiction of Capone’s confusion is unerringly human, and in his hands Trank’s macabre humor never feels like mockery.

Linda Cardellini flexes more in the role of Capone’s wife Mae than she has in her many other turns as put-upon spouse. She’s a great sparring partner for Hardy, and their volatile but ultimately tender relationship creates a needed grounding for a film so busy with the shadowy unreality of a diseased mind.

Because of the borderline surreal nature of a film told from the point of view of a man in the throes of dementia, it’s often tough to suss out the reality of the events onscreen. This generally works, but there are certainly moments—generally those inserted to give us stepping stones of a plot–that seem stiffly ill placed.

Thankfully, Hardy’s there to command your attention. No doubt some viewers will be disappointed—those who tuned in to see Hardy play a badass at the top of his game. My guess is that the reason one of the finest actors working today was drawn to Capone was the opportunity to do something just this unexpected.