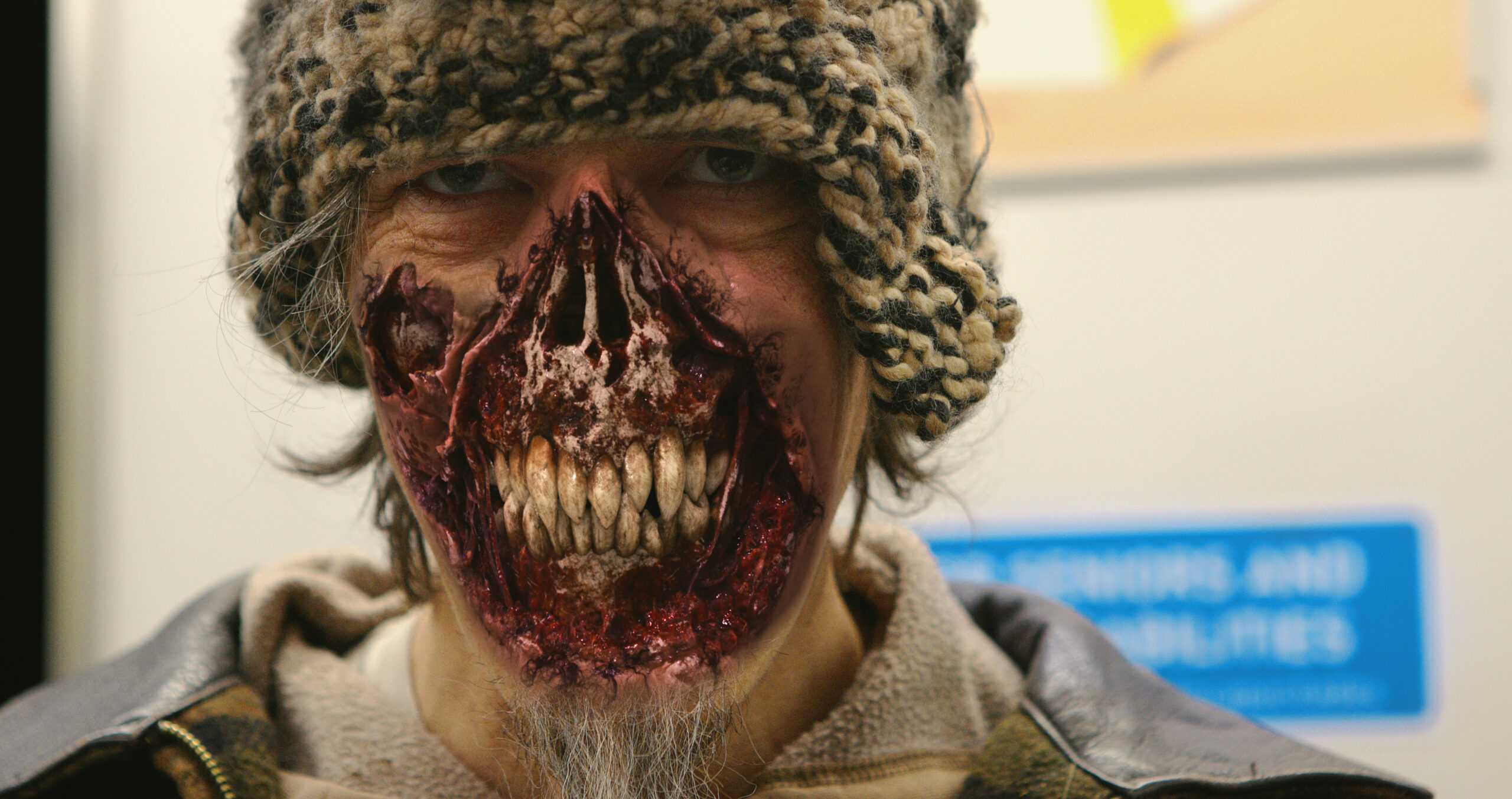 The intersection of corporate greed and evil incarnate feels like a match made in cinematic heaven (I know, I know). While the idea itself is teeming with possibilities, the execution in director Peter Szewcyck’s Behemoth leaves a lot to be desired.

Joshua Riverton (Josh Eisenberg) was once a top sales rep for a massive chemical company. When his daughter became mysteriously ill, Joshua believed his employer to be responsible and became an outspoken whistleblower. As his daughter gets sicker, Joshua’s need for answers intensifies into obsession. After a chaotic altercation with his former employer, Dr. Luis Woeland (Paul Statman), an injured Joshua is forced to hide out in a seedy motel with two friends and a captive Woeland. As the night progresses, Joshua begins to lose his grip on reality and question whether his horrific visions are in his head or caused by the malevolent Woeland.

First thing’s first: Behemoth is a mess. Szewcyck and co-writer Derrick Ligas’s script erratically bounces back and forth between corporate thriller and demonic sfx extravaganza at a moment’s notice. The problem is that the movie doesn’t do either sub-genre very well. The thriller side is preachy in a “college freshman discovering politics for the first time” kind of way, but lacks subtext surrounding corporate America.

The horror elements aren’t any stronger. There’s a notable attempt to create interesting creatures throughout the film, but the dodgy effects work does more harm than good. The creatures have interesting designs and might have worked if made practically, but as they are, these digital counterparts look silly and don’t fit within the film’s more serious tone.

As flimsy as the material itself is, the acting isn’t any better. The majority of the cast delivers the script’s clumsy dialogue with a mix of histrionics and forced exasperation. Chemistry is wholly absent between the main trio. Only Statman knows how to handle the material he’s working with. He walks an impressive line between corporate sleaze and evil minion with grace.

Behemoth makes a noble attempt at infusing a standard-ish creature feature with timely real-world issues. However, the weak script and subpar acting never allow the film to live up to its aspirations.