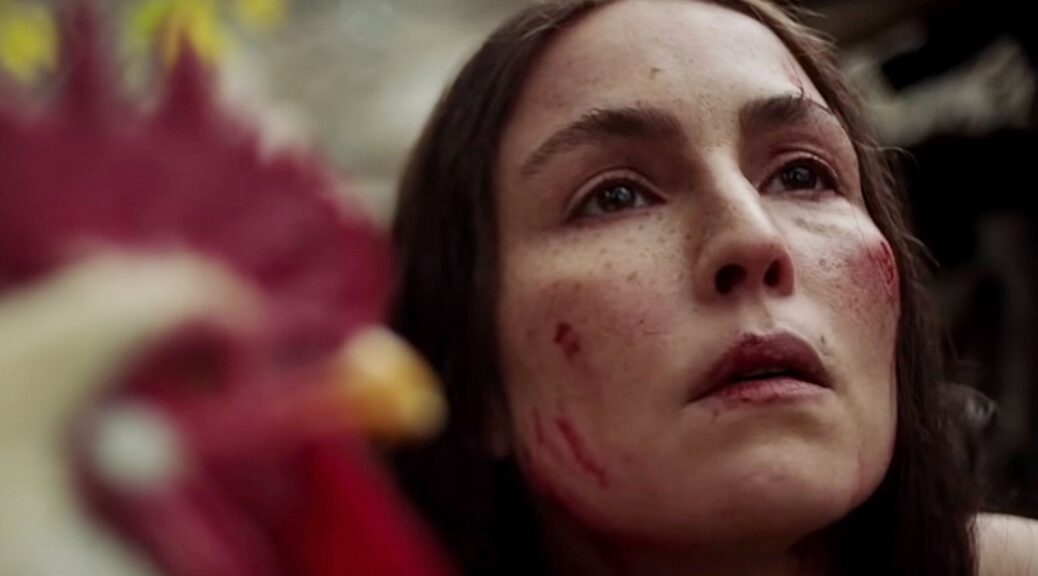 You Won’t Be Alone

To suppose that filmmaker Goran Stolevski is a fan of Terrence Malick seems fair. His tale of 19th century Macedonian witchery offers the same type of visual aesthetic, whispery voiceover and absence of dialog in much of Malick’s work, especially 2018’s A Hidden Life.

The vast majority of the film’s spoken language comes in the form of Neneva’s thoughts via voiceover. Having grown up alone and unable to speak, Neneva’s language is disjointed and poetic, her musings untouched by traditional socialization.

These reflections are periodically punctuated by the bitter logic of her lifelong tormentor, the Wolf-eatress, whose own upbringing among the human race has left her horribly scarred, literally and metaphorically.

Sections of the film are quite lovely. Admirable performances all around help to keep you engaged. Klimoska’s physical performance reflects the primal beginnings of Neneva’s explorations. Rapace brings an awkward adolescence feel to the character’s early interpretations of normal human behavior. Englert carries the character into adulthood with quiet curiosity, never losing that animalistic inquisitiveness carried throughout the earlier performances.

Stolevski’s cast gives him all he could have hoped. Unfortunately, he doesn’t entirely deliver on his end. The story free floats, its style often overwhelming its substance. You feel every minute of its running time.

That’s not to say Stolevski’s approach is a failure, only that it’s taken too far. His fractured storytelling suits his purposes of exploring gender identity and the nature of humanity. He builds dread well and his fluid camera allows his tale to cast a spell.

The result is mainly entrancing, but too often frustrating.