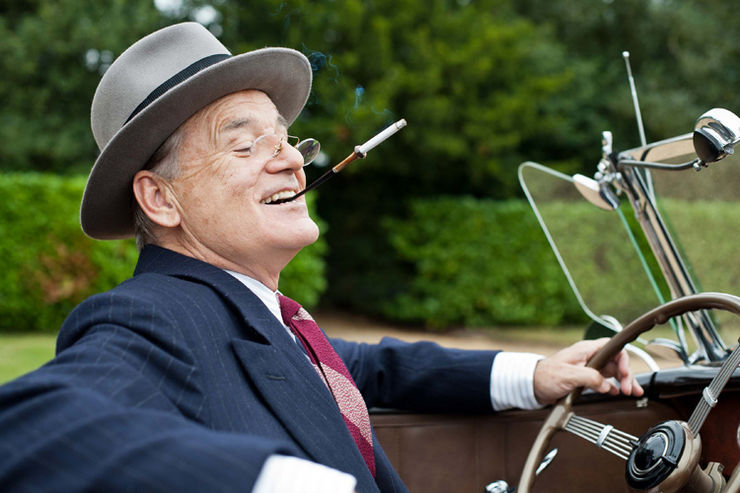 Another less than stellar week in DVD releases. The strongest contender this week is Hyde Park on Hudson.

A Bill Murray presidency would be gleefully weird, wouldn’t it? Maybe that’s why he landed the role of Franklin Roosevelt in the charming if scattered tale of King and Queen of England’s visit to FDR’s weekend home. When director Roger Mitchell’s film is hitting on all cylinders, it offers glimpses of bold yet delicate nuttiness. The film splits its focus, unfortunately. While the time spent on a love story with cousin Daisy (Laura Linney) grows tiresome, every moment spent with the president and his royal visitors is a gas.

One of the reasons Murray has become such a beloved figure is his willingness to break convention. Yes, it has led to some disappointments (Garfield, Passion Play), but it has given him a well-rounded film resume filled with overlooked performances worth seeking out. One of these is his fine supporting turn in 2009’s Get Low.  In 1930s Tennessee, a small-town hermit (Robert Duvall) decides to have his funeral before he dies, and thus recruits the local funeral director (Murray) to help him “get low.” Duvall is superb in the lead, and Murray crafts a unique character in his limited screen time.
http://www.youtube.com/watch?v=Gy265yfzlNg