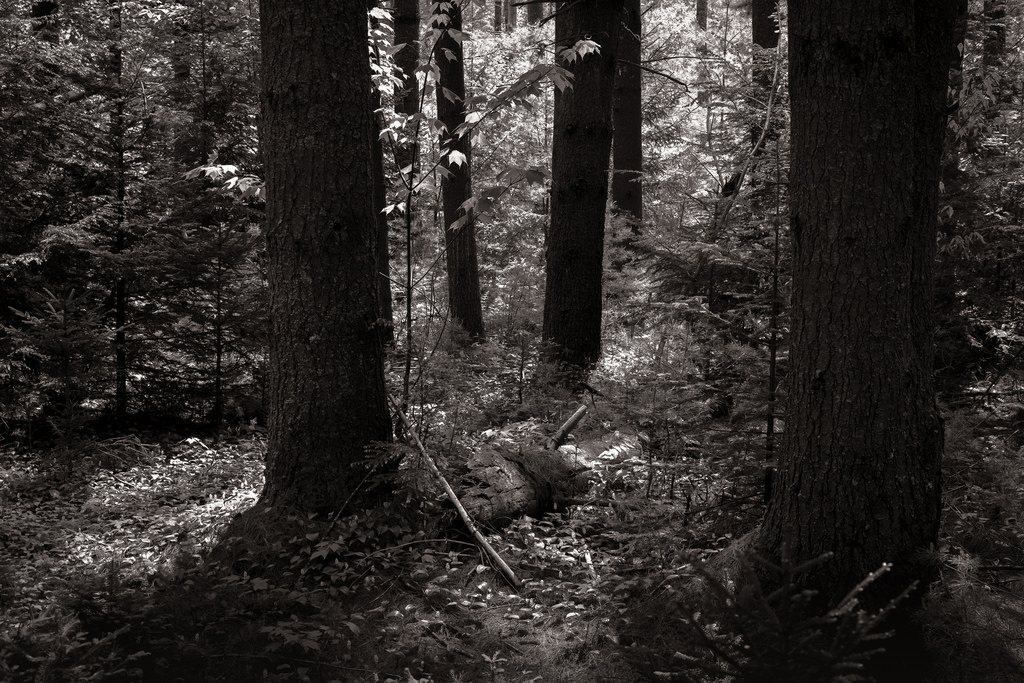 My twin sister Joy and I have much in common aside from a birth date and pasty legs – we love her kids and mine; we love Pee-wee Herman; we enjoy a lovely nap and we eat soft boiled eggs over dry cereal – the important things. But our differences become more pronounced as we age.

She lived in Boston for maybe a decade, just a couple minutes’ drive from the greatest video rental place on the globe, Video Oasis.

Truly, it was an oasis of all things horror movie. It had everything. I would search the internet, compile lists, plot out every inaccessible horror film in creation and take said list with me to this glorious font of B-movies, where the overweight smoker of an owner always, always had what I was looking for.

Martin Landau’s lost 1982 insane asylum flick Alone in the Dark? Got it.

Often I’d have to settle for VHS, sometimes for what was clearly a handmade, pirated copy, but what did I care? Sisters of Satan (noted by Satanist and film critic Nikolas Schreck as “the best soft core Satanic lesbian nun film that Mexico has ever produced”) wasn’t just going to find its own way onto my TV screen.

Alas, city life grew tiresome for my sister and her burgeoning family, and they uprooted to the wilds of Vermont. Only about three hours from Boston and its magnificent pool of schlock horror, Hinesberg, Vermont may as well have been another planet.

They searched out their dream home, nestled in the woods on a lake. Technically – and by that I mean, if you ask Joy – they don’t live in a log cabin in the woods. For my purposes, it’s a log cabin. It is definitely in the woods.

I am not one with the woods.

In fact, of all my countless and paralyzing fears, nothing evokes the kind of panic in me that the woods does. The forest fills me with a pathological, deep and abiding, blind terror.

And yet—as if to get away from me—Joy moved her clan into one of my nightmares.

Joy’s family adapted quickly. I was on the phone with her and her wee one Vivian, then two, when Viv caught a fat frog. From my end of the phone I could make out Joy’s side of the conversation.

The wildlife didn’t bother my little Vermonsters one iota. Ruby, Vivian’s older sister and bunkmate, came nonchalantly down the stairs one morning to announce on her way to eat breakfast, “There’s a bat in my room.”

“It’s black with a gray head,” she clarified as her dad Jeff made his way upstairs, as if he might mistake this bat with some other.

Given her utterly nonplussed response to the invader, Jeff assumed it was something else – a big moth, maybe. Ruby sleeps on the top bunk. Surely if an actual bat were flying around that close to her sweet little head, she’d be a bit more excited about it.

It was indeed a bat.

A good sized bat, which only made it all the more embarrassing for Jeff and Joy when they freaked right the hell out while their baby girls yawned and ate their morning granola.

But you have to get used to critters if you’re going to live where Joy and Jeff live.

At one point, their neighbors’ chickens were being picked off one by one. 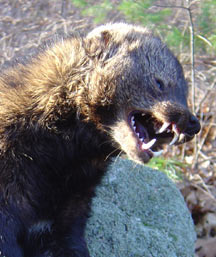 “It’s not a wolverine,” Joy explained to me.

Wait, what?!! Is that supposed to be calming?

She has seen bears.

There are fucking predators in Joy’s yard.

Forgive me my ignorance. These are not worries we have at my house.

Off the deck out back Joy often sees woodchucks (according to Ruby, their babies are called chucklings), a fox or two, any number of birds – all of which possess a rustic charm when I can see them through the safety of a securely locked window.

At night, though, when these critters become nothing but glinting eyeballs, I prefer the comfort of the basement.

That’s where I stay when I visit, and that’s A-OK with me.

There are no windows in the basement.

In fact, I kid you not, the basement is so dark that Joy keeps a plastic miner’s helmet equipped with a light near the futon so guests can find their way around at night.

Whenever I visit the Family Vermonster I bring with me horror films set in the woods. I don’t know if it’s masochism or a clumsy attempt to face my fears, but it has become a ritual.

On one visit, after the girls went to bed, Joy, Jeff, and I lounged around the basement guest quarters and watched the sub-par Aussie camping nightmare Lost Weekend.

You know it? Fools dumb enough to spend time in the woods are unceremoniously picked off by angry animals.

Afterward, Jeff retired and Joy and I sat up making fun of people, as is our way.

We were interrupted by the sound of critters.

Joy kept talking, though through a nervous smile.

I silenced up and waited for Joy to share some comforting words about what that noise was and how it meant me no harm.

It wasn’t a mouse, wasn’t even mice. It sounded like a multitude of medium sized mammals with claws skittering across the first-floor hardwood.

“What the fuck?” I queried.

She smiled again, shrugged her shoulders and held her hands out in a ‘kids do the darndest things’ kind of expression.

That night I naturally lay awake until images of rodents and scurrying varmints overcame me, their glinting eyeballs creeping toward me from every dark recess in the basement.

Slowly the beings morphed with my dreamier brain into furry little beasties. Some were feline and fanged. Some had orange markings on their bellies, others, gray heads.

They dashed in and out of the shadows, under furniture, around corners, looking for what – meat?

It seems to me they were searching for meat.

I swear some of them were wearing miners’ helmets.