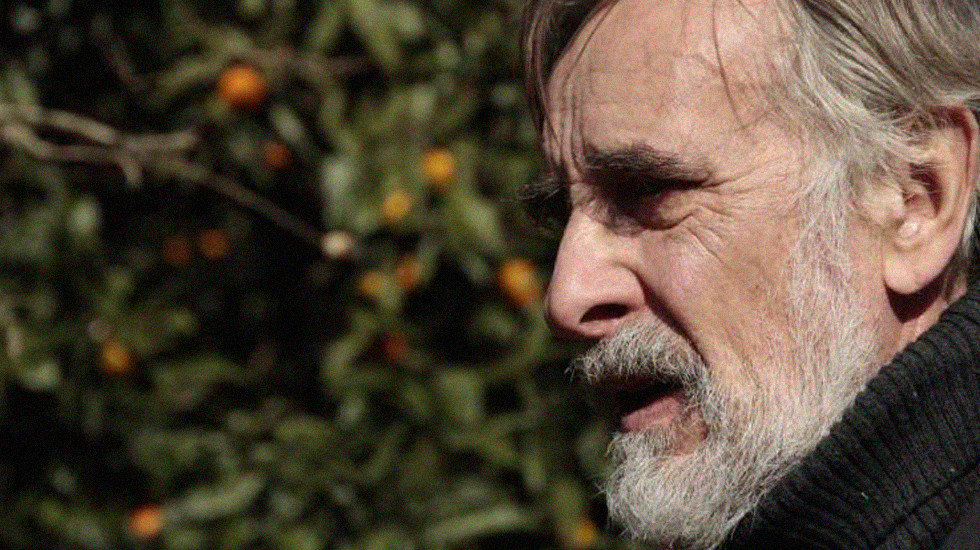 It’s 1992 in what had recently been the Soviet Union. The Abkhazians of western Georgia have declared independence and Civil War has broken out. The battle is almost at Ivo’s door, but even as natives kill for the land under his feet, the Estonian immigrant tends the Tangerines. He and a neighbor – also Estonian by birth – hope to harvest the crop before it is lost to the war.

It’s a lovely central image: two elderly men with no dog in the fight working against the clock tending to the region’s natural bounty. Unfortunately, the fight comes knocking. Gunplay between three Georgians and two Chechen mercenaries leaves two wounded men – one from either side of the battle – in Ivo’s care.

Writer/director Zaza Urushadze’s elegant film garnered nominations for best foreign language film from the Academy, Golden Globes and others, and rightly so. His succinct screenplay relies on understatement and the power in silence and in action to convey its pacifist message. The timeless ideas embedded in this intimate setting become potent. While the theme is never in doubt, Urushadze’s unadorned film never feels preachy.

A great deal of that success lies in Lambit Ulfsak’s powerful performance as Ivo. He has an amazing presence, inhabiting this character with weary wisdom. Resolute and morally level-headed, Ivo is impossible not to respect. He’s the film’s conscience and through him we quietly witness a powerful humanity – one that the film would like to see infect us all.

There are three other principals – Giorgi Nakashidze as the Chechen, and Misha Meskhi as the Georgian, and Elmo Nuganen as neighbor Margus. Each brings something muscular but tender to their role. Their work benefits from the dry humor and melancholy tone of Urushadze’s screenplay. The quiet evolution beneath their boisterous clashing feels more inevitable than predictable, which allows Urushadze’s point more poignancy.

We don’t get to see a lot of Estonian filmmaking over here, and that appears to be a shame. Ulfsak was recently named the country’s male performer of the century. It’s not hard to see why.