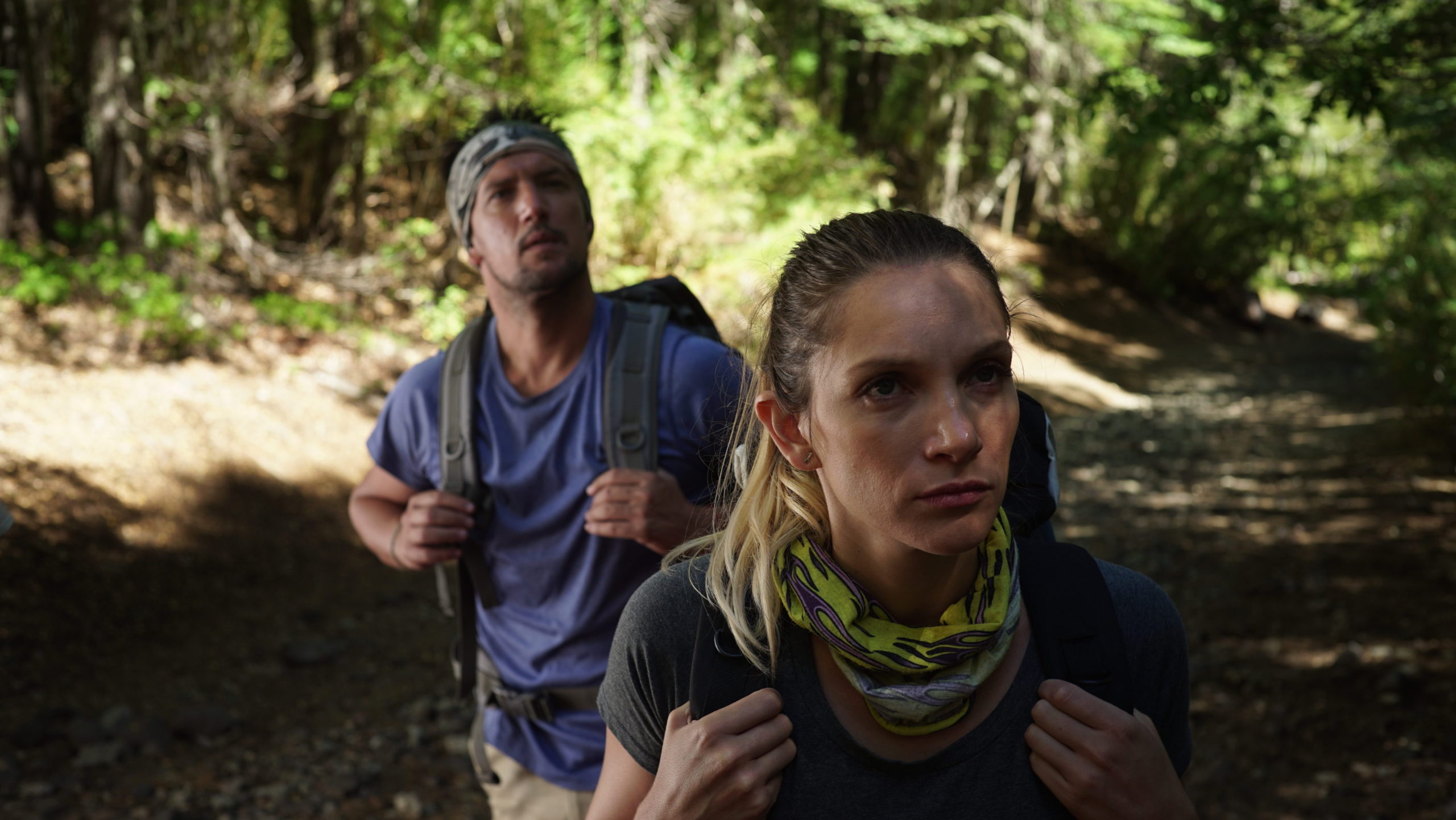 Good old alien horror doesn’t come around as much as I’d like. Outside of the occasional Alien or Predator sequel, this subgenre is pretty much stagnant or banished to the realm of mico-budget dreck. Embryo might skirt the line of microbudget, but this eerie alien tale is anything but dreck.

The bulk of Embryo follows campers Kevin (Domingo Guzman) and Evelyn (Romina Perazzo) as they venture into the woods of southern Chile. Their camping getaway turns into a nightmare after Evelyn is abducted by extraterrestrials, leaving her in a state of shock. As the effects of her alien abductors take hold, Evelyn becomes increasingly more bloodthirsty, leaving a trail of bodies in her wake.

Director Patricio Valladares approaches alien abduction as a blend between Fire in the Sky’s creeping dread and Cronenberg body horror. Evelyn’s descent into other-worldly terror reveals itself in visceral, extreme violence. We’re talking lots of blood and guts here. However, the explanation of her metamorphosis is kept an enigma. The guessing game surrounding the aliens themselves is left to the deepest levels of the audience’s subconsciousness. It’s an act of omission probably born out of budgetary concerns, yet it ends up aiding the film more than the filmmakers could have foreseen.

Valladares throws a curveball when constructing the film’s narrative. There’s an occasional break in Kevin and Evelyn’s story where Embryo attempts to open up the world a bit more. This allows the filmmakers to weave together other tales of close encounters in this small Chilean town. Not only are the stories different, but so is the style of filmmaking. By switching to found footage, Valladares is able to emphasize suspense and dread over the fantastical gore that oozes through the main segment.

Despite telling three individual tales, Embryo clocks in at a scant 72 minutes. Even with the different stories, the film threatens to run out of steam on multiple occasions. There’s a repetitiveness to the Kevin and Evelyn segment especially that starts to detract from its overall effectiveness. I can’t believe I’m saying this, but there are only so many times Kevin can lose Evelyn only to find her feasting on a biker, doctor, or other camper.

Embryo doesn’t quite cross the finish line at full speed, but through deft tone management and a willingness to get gross, the film leaves an overall positive impression.