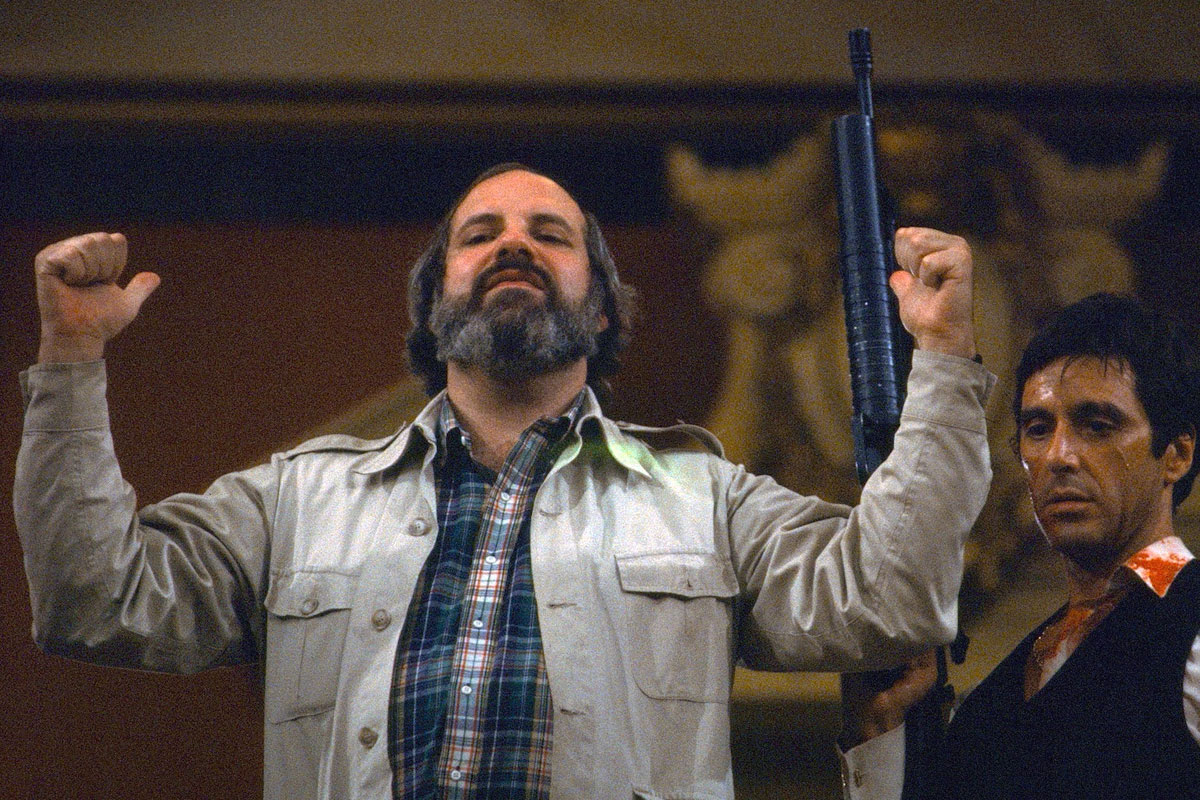 What began as a project with the intended audience of two has rightly become a theatrical release because De Palma – a documentary on the polarizing filmmaker – can’t help but mesmerize.

Directors Noah Baumbach and Jake Paltrow lovingly roll camera while seasoned filmmaker Brian De Palma, now 75-years-old, walks us through his catalog. He shares anecdotes, talks candidly about successes and failures, and complains about the studio system. All of this is intriguing, but it’s the documentarians’ clear admiration for De Palma’s style, and the filmmaker’s charismatic presence as he articulates his craft, that make this film fascinating.

Baumbach and Paltrow juxtapose moments from De Palma’s films with images from other, related works – most predictably and illustratively, Hitchcock’s. While De Palma has never shied away from his obsession with Hitch, the doc allows him to expound on his both his fascination and his reasons and strategies for using the cinematic vocabulary Hitchcock created.

De Palma’s career has been scattershot at best, four decades littered with artistic peaks and valleys (Carlito’s Way versus Bonfire of the Vanities) as well as box office successes and flops (Mission: Impossible versus Casualties of War).

Movie buffs will love the candor and in-the-know stories from a man who came up with a bunch of scruffy new directors including Steven Spielberg, George Lucas, Francis Ford Coppola and Martin Scorsese. De Palma passed the script for Taxi Driver on to his buddy Marty thinking it was more up his alley; meanwhile, he and Lucas auditioned for Carrie and Star Wars simultaneously – same actors, same auditions, same time.

But for true cinefiles, it’s his talk of technique that will compel. Why the long tracking shots? When and why do split screens work? What is he looking for in a score and how does he achieve it?

There are so many other topics picked at because, love him or hate him, De Palma is a director with such a quirky, brazen style that the potential for analysis is almost unending. The one topic he seems a bit too canny about concerns criticisms that his films are preoccupied with sexual violence against women, a topic he shrugs off. And though Baumbach and Paltrow slyly pair the filmmaker’s words with an image of an 18” drill bit, shot from between a man’s legs as it penetrates his nubile victim, they do not press De Palma with follow up questions. Disappointing.

But it’s a rare misstep in a film that manages to capture so much from De Palma as a film historian, a Hollywood insider, and an iconic American director and storyteller.