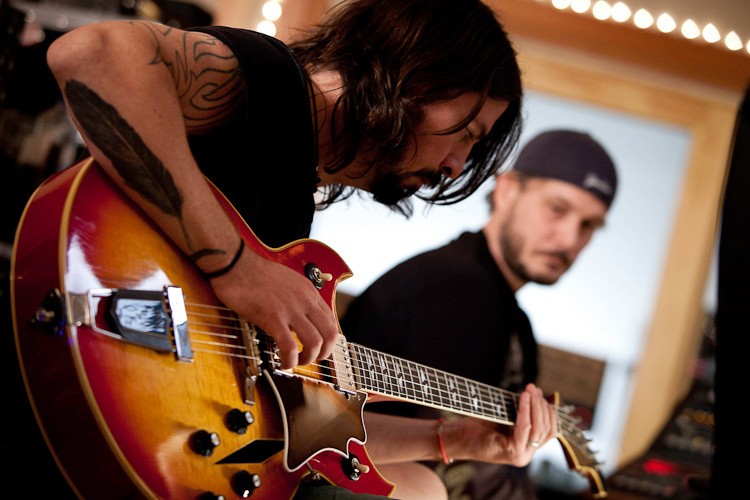 When Nirvana blew up the music scene with their 1991 album Nevermind, they drew instant comparisons to many legendary bands of the past.

Fleetwood Mac wasn’t one of them.

But to business owner Tom Skeeter, Nirvana was “Fleetwood Mac all over again,” as both bands recorded their breakthrough records at his Sound City recording studio during periods when it was badly in need of success stories.

Grohl, who has gone on to massive success with Foo Fighters and various producing projects, proves an able documentarian, filling the story with a genuine love for the human element in music and indeed, in all things.

Through interviews, still photos, and some classic behind the scenes footage, Grohl traces the history of LA’s Sound City. It was, by all accounts, a dump of a place that just happened to have a great staff, a first rate drum room and one of the best recording consoles in the world.

Word spread quickly, and as early critics (like Tom Petty’s producer, caught on camera saying “this place should be firebombed”) became converts, Sound City played host to a litany of big names.

Of course, the rise of digital recording posed a threat to Sound City’s traditional methods. Grohl brings the story full circle by recruiting such legends as Trent Reznor and Paul McCartney to illustrate how, in the right hands, the two approaches can effectively mesh.

A sentimental yearning for “the way things used to be” is hardly groundbreaking, but Grohl and his friends present a solid case for less digitized rock and roll. For music geeks, Sound City is a must, and even casual fans will be won over by the film’s humor, heart, and passion.